Those of us who use social media often will find the above routine familiar. We find a quote or a jumble of text online that we’d love to share, but there’s no real way to share it (aside from sharing the entire URL) except through, yup, copying and pasting. But here’s (finally) a far more elegant solution – launched earlier this month, Markerly (http://marker.ly) is an online highlighting tool that lets us select and socially bookmarking a particular chunk of text, and immediately sharing it across your social media networks such as Twitter and Facebook.

Founded by Sarah Ware, Markerly was inspired actually inspired by Pinterest, whose bookmarklet allowed users to easily share online images on their social networks. “Pinterest is great for vision-boards, crafts, home decorating and certain brands, but not so good for news content or articles,” explains Ware, who previously worked at deals site LivingSocial. “Instead of bookmarking an entire article, I wanted to bookmark text.” 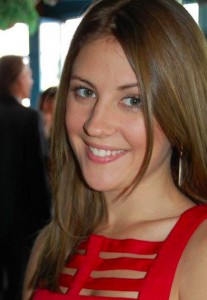 “Markerly was such an organic development and it just clicked: Socially bookmark with a highlighter,” she explains. “See what your friends are highlighting, and efficiently read articles that have already been highlighted.”

Moving ahead, Ware says Markerly will introduce tagging and commenting, and the ability to include friends in public and private groups.

“Markerly released a very raw product and builds based on user feedback, so really, the early adopters are the “product managers” for Markerly ‘s new features and additions,” Ware admits.

“(But) I like it that way; I know what to prioritize and how users what to interact with it. Plus, users are able to see their suggestions come to life!”