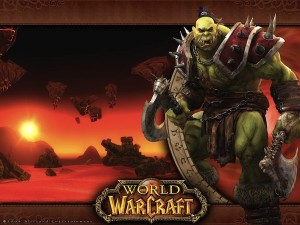 Technology has done wonders for the world; it has eradicated disease, brought man to the moon (and soon Mars) and increased living standards across the globe. But its shining achievement doesn’t involve the medical sciences or space travel; it is the invention of the video game. From its earliest manifestations in the 1950s – 1960s, video games have given ceaseless joy to generations of children who in turn pass their passion for gaming on to their children. Furthermore, this same generation that grew up with SpaceWar!, Atari and Nintendo have now borne witness to two revolutionary inventions that are changing the landscape of video game design: the Internet and the smart device. The Internet has matured into a veritable digital arcade, where gamers can choose from countless free video games or more sophisticated MMOGs (massively multiplayer online game) like Warcraft. Meanwhile, mobile gaming on smart devices – an industry worth $33 billion – is a field swelling with potential for designers. Thanks to Moore’s Law – that famous formula stating that processing power will double every two years — the nostalgic, cumbersome videogame console of old has vanished only to be replaced by the invisible sinews of the world wide web and the sleek smartphone.

Such advancements in size and processing power have produced a perfect storm of accessibility and entertainment in video game design. Of the seventy-two percent of American households playing computer or video games, fifty-five percent choose to play them on their phones or handheld devices. In a society obsessed with convenience and social interaction, mobile and online social games are the land of opportunity for video game designers to apply their creativity and skills.

By 2015, over 200 million Americans – about 65% of America – will have smartphones or tablets. Envisaged as handheld game consoles rather than just mobile platforms, games supported on these devices are becoming wildly popular. In 2009, 27,000 smart phone applications were downloaded a half-billion times. Of these apps, one in three were games or entertainment apps played on such devices as the iPhone; a device industry expert Stephanie Morgan of ngmoco believes is a superior game-playing console than Nintendo’s DS and Sony’s PSP. Those words mean a lot when it is taken into consideration that the iPhone is principally a phone while the DS and PSP are solely video game consoles.

What makes mobile games so appealing is that they don’t require an outlet, a controller, or a rulebook. They can be purchased on the fly via an online marketplace and downloaded in a matter of minutes, which make them an incredibly versatile gaming platform. Furthermore, in this modern era of imbedded advertisements and low-priced add-ons, free games provide a handsome reward to the creators. One thing is clear: mobile gaming – an industry whose market value is projected to exceed $54 billion in 2015 – is highly lucrative for the brains behind the games. And, as the operating systems for mobile devices become more sophisticated and powerful, the sky is truly the limit for game designers, animators and developers.

The Internet provides a completely unique platform for new video games. It combines a fun activity like gaming with the option of playing it with your other friends online. The most popular way to utilize this is through Facebook on so called “social games.” Eighty-three percent of online gamers use Facebook to play their games, making it the most popular destination for online games. And such business is very profitable. Facebook’s chief online game developer, Zynga, was recently given the enormous market value of $7 billion in its initial public offering and ninety-three percent of Zynga’s yearly revenue is generated through Facebook. Familiar game concepts like word puzzles and gambling, and not-so-familiar concepts like virtual farming and bingo are proving to be remarkably profitable due in part to their addictive nature: forty-one percent of online gamers have made repeat purchases in the best-performing social games. But the X-factor that contributes to why users spend $6 billion a year on in-game purchases is one noted by the venerable Bing Gordon, Operating Director of Zynga: successful social games offer the ability for an individual to engage their social network of friends while playing a game they love. Future games that innovate on these concepts will prove to be highly successful in the world of online and social gaming.

The mobile and online gaming industries are at their nascence; technology is advancing so rapidly that there are infinite new ways to utilize the smaller screen, touch capabilities, and mobility of the smart phone. Similarly, social online games are a massively successful phenomenon that points to the Internet as a hot spot for innovation in gaming. Now, unlike ever before, the mobile and online game designer has the opportunity to truly create, design and execute game designs never before conceived of. In the highly sought after career field of video game design, the mobile and social gaming industries are the lands of opportunity for those interested in video game design careers.

This article was first posted in Video Game Design Schools.