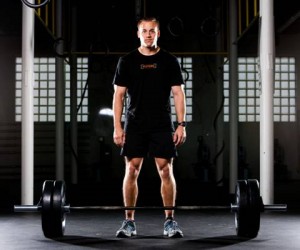 While some businesses start out as an idea in a college dorm, others start out as a simple hobby in the garage. Indeed, software giant Microsoft began as a fledgling company when Steve Jobs and Steve Wozniak worked out of Jobs’ garage in the 70s. Here’s a more humble example of a small business that began in a garage.

Forrest Walden had converted his 400-square foot garage to a makeshift gym in late 2007, setting up workout equipment in a space meant for two cars. It first started as an “underground” group fitness training experiment – Walden, his wife and two friends would work out together and spur each other on. But just a couple of months later, word leaked out – the participants’ obviously improved physiques being a contributing factor – and people began asking if they could join in. Soon, there were 17 people working together in that space as a little tribe dedicated to fitness. It wasn’t long before people were lining up outside waiting to sign up and join in. This was the start of Iron Tribe Fitness (www.irontribefitness.com).

Forrest Walden officially the first Iron Tribe Fitness facility in 2010. But demand soon proved overwhelming – the first outlet quickly maxed out its 250-member capacity and another Alabama outlet was opened to cope. In 2011 it saw US$1.1 million in revenue (for just the two locations) and another two outlets sprung up earlier this year. Today – in just two and a half years – Iron Tribe Fitness consists of over 720 gym members and 17 employees in these four locations. 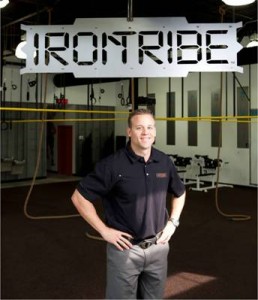 “I have been in the fitness industry since 1996 and honestly can’t imagine doing anything else,” Walden laughs. “I started working out regularly in college because I was the smallest guy on the cheer-leading squad at Auburn and needed to put on about 30 pounds to hang with the other guys and have the strength to press my partner above my head!”

“I started pursing natural bodybuilding contests as a way to express my passion for fitness and placed very well in several local contests,” he adds. “Others starting asking me how to get into shape and before I knew what had happened I was in the personal training industry!”

Iron Tribe Fitness isn’t the first fitness-related company that Walden has started. He opened his first personal training studio, Fitness Together, way back in 2001, which he grew to six outlets before selling them off.

As for further growth, Walden is looking to franchise Iron Tribe Fitness – the company is in the process of finalizing a deal for its first franchise in Nashville, TN.

So if you have an idea for a business, you may want to consider starting out from your garage. You never know where that may lead you.