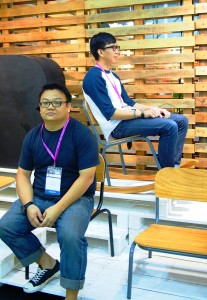 Even as bargain-crazy Singaporeans rush to the sprawling IT Show in Suntec International Convention & Exhibition Centre this weekend for deals on electronic goods, another quieter and far more refined exhibition is taking place at Singapore Expo – the International Furniture Fair Singapore 2012, held in conjunction with the 29th edition of the ASEAN Furniture Show, Deco Asia 2012 and The Hospitality Show 2012.

Amidst the elaborate show booths featuring all manner of furniture, interior decorations, construction materials and even hand-carved decorative wooden ships, you’ll find a creative space displaying examples of some of the more quirky, fun yet practical furniture designs within the entire exhibition. Called PLATFORM, the space showcases designs by promising young local designers as part of an initiative by the Singapore Furniture Industries Council (SFIC). It’s also part of a slew of fringe activities branded under “SingaPlural – Singapore Furniture Design Week”, which aims to bring furniture design to the masses by integrating it into lifestyle destinations such as local malls Plaza Singapura, SCAPE and Park Mall.

“(While) the International Furniture Fair Singapore has a long standing history, it is also a very trade-focused event,” explains Andrew Pang, who sits on the design development committee of the Singapore Furniture Industries Council (SFIC). “So we created SingaPlural – the first Singapore Furniture Design week that is suitable for everyone. We hope that with this event, we are able to involve the furniture stores in the city, the designers, the schools and get consumers more involved.”

Singapore’s furniture industry has evolved rather significantly from its humble beginnings in the 1960s when it comprised mainly of small family-run businesses, to a smaller number of players that are more professional and global in outlook that we have today. By 2008, around 50-percent of local furniture companies had shifted labor-intensive manufacturing operations to less expensive countries such as neighboring Malaysia, Indonesia, Vietnam and Thailand, and increasingly to China as well.

According to statistics from SPRING Singapore, over the past five years the industry has grown at a relatively steady rate of 10-percent annually. Singapore currently contributes almost one percent of total world furniture output, with a total value of around US$5.6 billion – an impressive statistic considering its small geographical footprint.  The country aims to do more – in a speech during the launch of International Furniture Fair Singapore 2012, Singapore’s minister for trade and industry Lim Hng Kiang says he aspires to raise the country’s global market share to 1.5-percent by 2015.

Yet while production may have shifted overseas, furniture design and headquarter operations of local furniture companies are normally still retained in Singapore – which gives hope and a future to the batches of young local designers graduating from the country’s design schools.

But it wasn’t too long ago that the design profession was generally looked down upon by Singapore society, especially by parents who preferred their children to pursue more “palatable” careers as accountants, lawyers, doctors or engineers. “I guess that’s because monetarily (design is) not as well paid as other professions,” says Poon Yew Wai from local furniture design studio Oon. “But I also think the term ‘designer’ has been abused, much like a housing or insurance agent which has little or no regulation.” 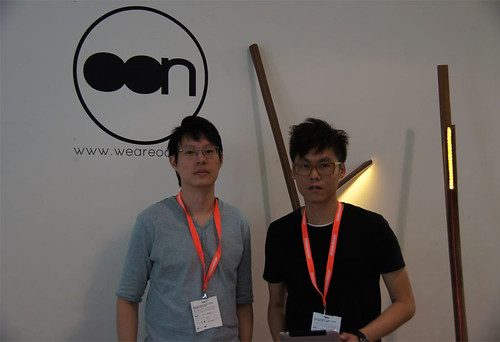 But that mindset is quickly changing – all five of a team of Interior Design students from the La Salle College of the Arts who participated in a 48-hour retail redesign challenge as part of SingaPlural were quick to share that they have full support from their parents in their chosen professions. Not that resistance would have fazed some of them. “The whole idea of design is to challenge convention anyway,” shrugs Hamizan Asad, 25.

But Kai Yeo of local design studio BUREAU says that attitudes in Singapore towards design and the design community has indeed changed over the years. “I think design being not so well-respected in Singapore is a thing of the past,” he states. “The general public is definitely more design-aware now that there are so much readily available books, films, and websites on design.” BUREAU – whose full name is Bureau for the Advancement of Lifestyle and Longevity and Success, or more affectionately known in local design circles as BALLS – created an entire range of retro school inspired chairs for PLATFORM and SingaPlural.

Yap Kim Ming of Creativeans, a Singapore- and Milan-based design collective that is participating in SingaPlural, agrees. “With new aspiring designers emerging in Singapore and the attention received internationally, we are seeing more and more Singaporeans acknowledging the value of our work,” he says. 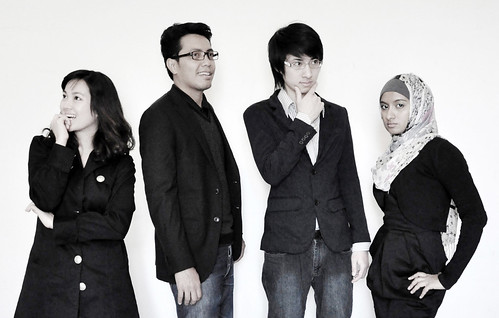 “Our main challenge locally is educating businesses and consumers the value of good design, how it can improve product satisfaction, sales, services, and ultimately the quality of our lives,” adds Yap Kim Ming. “We (hope to continue to) overcome this challenge by creating platforms such as Treasures of the Little Red Dot to showcase examples of design inspirations deriving from Singapore’s context.”

It’s the hope of the organizers that events such as SingaPlural will help to elevate the prominence of designers in every field. “Our focus is definitely on our local design community,” says SFIC‘s Andrew Pang. “With more than 120 local and international designers, design schools and institutions taking part, it provides a premium platform for local talents to display their work and at the same time network and share with others participating in SingaPlural.”

“I think it’s good to be part of an international showcase that can help us reach out to people in the furniture industry,” adds BUREAU‘s Kai Yeo.

Oon‘s Poon Yew Wai agrees. “We now see this not so much of pure exhibiting of our products, but also at times a reflection of what we have done over the past year, we love to listen to feedback from people of different disciplines sharing their thoughts and experiences, and the direction we are heading towards,” he concludes.

The team at BUREAU