Singapore is the best Southeast Asian country to produce and promote social entrepreneurship in the region, according to Mr Mechai Viravaidya, founder of Thailand’s Population and Community Development Association (PDA).

Speaking at the Singapore International Foundation (SIF)’s seventh Ideas for a Better World Forum on 29 February, the 71-year-old was addressing the need to nurture new generations of social entrepreneurs.

Mr Viravaidya is in a prime position to shed light on how a spirit of social entrepreneurship can be cultivated and what such enterprise can achieve. He set up the non-governmental PDA in 1974, when he realized that Thailand’s poverty levels couldn’t support her high population growth. Through promoting the use of condoms and other contraception methods in Thailand – earning him the moniker Mr Condom – he led a movement that successfully reduced the country’s population growth and got fewer people living under the poverty line of $2 or less a day.

Among the forum audience were 62 youths taking part in the SIF’s third Young Social Entrepreneurs program, all of whom have ideas for companies that can help address social issues.

The panel challenged these young people to initiate a national spirit of social entrepreneurship by cultivating an ecosystem of business- and socially-minded youths. In such an environment, young entrepreneurs would be able to share with each other their ideas and resources to set up and sustain what Mr Viravaidya calls businesses for social progress. 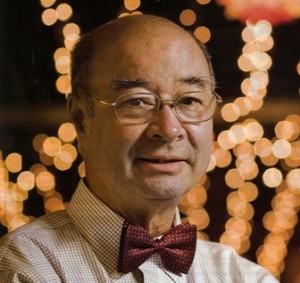 Mr Maniam noted that, ultimately, social entrepreneurship is “about drawing from the strengths of all to create a cohesive whole”, adding that “the ability to do this is critical”.

Mr Viravaidya also had an important message for donors, explaining that rather than simply donating money to causes, corporates could achieve sustainable good more effectively by investing in social enterprises set up and run by young people, and helping train future social entrepreneurs.

“Don’t look to the generation that ruled you [for answers],” he said. “Look to the next one.”

The Ideas for a Better World Forum is a platform for global thought leaders to share their ideas with an international audience. The key areas explored through the forum include health, education, environment, arts and culture, as well as livelihood and business. In facilitating these discussions, SIF hopes to encourage more interest in these focus areas and generate a lively discourse so ideas can be translated into action for a better world.