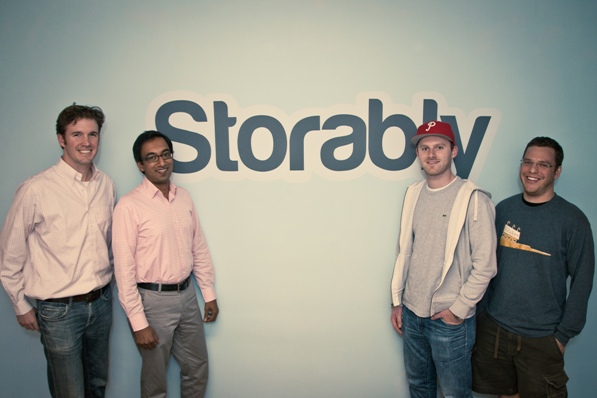 Storably.com (www.storably.com) is an online peer-to-peer marketplace for parking and storage. Say you own an apartment that comes with a carpark lot in the middle of a city where parking is limited and expensive – but you don’t drive or own a car. With Storably, you can rent the space out to others who can put that space to better use – so now you can look at unused space as waste… or potentially an opportunity for additional income. It’s like online home rental marketplace Airbnb.com, but for storage. And it’s not limited to carpark lots too: think garages, attics, basements and unused office storage spaces to store supplies, goods and the like. The idea is so simple you wonder why it’s not a lot bigger than it should be.

Using Storably is easy. You simply list an unused space on the site for free with just a few clicks; pricing is even recommended in case you have no idea what to charge. If you’re looking for a space, simply type in an address and find available spaces around it. The site basically helps to connect both parties and facilitate the transaction; there’s even a US$500 protection policy and credit card payment facilities.

Breaking Out Of Cold Storage

Philadelphia-based Storably is founded by Wharton Penn graduates Josh Kowitt and Apu Gupta. As long-time city dwellers, both had endured frustrations when it came to looking for suitable (and cheap) parking and storage. Circling around the block for half an hour looking for parking? we’ve all been there. Kowitt and Gupta decided they could do something to fix that pain point. “What if you could pay a person instead of a meter? And with that, Storably was born as a way of letting neighbors share their unused space with each other, enabling folks with extra stuff to get a great deal from folks with extra space,” the duo explain.

The founders started working in a basement from May this year, putting together mockups and building the site with an off-shore development team. However, the quality wasn’t quite what they expected. Kowitt and Gupta then hired a full-time VP of Engineering, Nick Shiftan, who rebuilt the site from scratch. They later brought on Brendan Lowry as a community manager. The site was formally launched in Philadelphia on September 21, and the startup intends to expand nationally soon.

With regards to advice to other entrepreneurs, the founders of Storably think it’s hard to give general advice since everyone approaches entrepreneurship with different expectations, motivations and goals. “For (us), the best part of entrepreneurship is working with a great team. Thus, (we) would always recommend people first look to join – or create – a great team, and then address an interesting idea.”