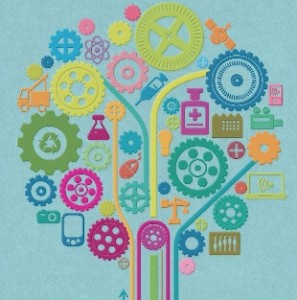 Watching a movie isn’t exactly a social experience – sure you may attend a movie with friends, but once the film rolls it’s pretty much a personal, individual experience. With the advent of social technologies, perhaps that is set to change. That’s something the Creators of Tomorrow – a group of enthusiastic young engineers, entrepreneurs, designers and independent thinkers forged together by a common belief to inspire creativity and innovation in youth today – aims to do with  CREATE Film Festival.

The CREATE Film Festival is Singapore’s first “Social Cinema”, which will feature three short films from local filmmakers telling stories about engineering in Singapore (that must be a first as well!). The audience can book tickets  for themselves and their friends to watch the films together from the comfort of their own homes, but more interestingly viewers aren’t required to remain silent like in conventional cinemas and can chat with one another via an inbuilt feature while watching the films.

From left: Scenes from “Hi, I’m an Engineer”, “Flight” and “Building Dreams”

The first film, Hi I’m An Engineer, directed by Melvyn Lim, looks at an interesting encounter of an engineer’s first-time speed dating session where he encounters unexpected responses and hilarious situations. The second, Flight, by acclaimed director, Boo Junfeng, tells the story of a young man pursuing his love to built planes despite facing parental objections. The last film, Building Dreams, by up-and-coming local director, Anthony Chen, features what every kid dreams of – a documentary on someone who plays games for a living.

The trailer and details of the films can be viewed here. The films premiere on October 31 and will screen until December 1.