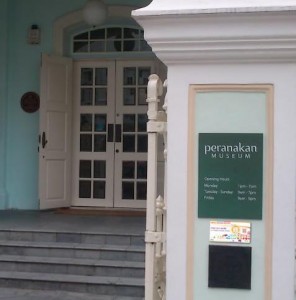 Near Field Communication (NFC) – a form of data transmission that allows simplified transactions, data exchange, and wireless connections between two devices in close proximity to each other – is one of the newest technologies currently being embraced by the mobile communications industry, and especially by handset makers.

Samsung, for example, together with Google recently unveiled in an event Android 4.0 “Ice Cream Sandwich” on the Samsung GALAXY NEXUS smartphone. One of the more nifty features was Android Beam, which employs NFC to allow tap-to-share functionality to share information such as contact details, web pages and more.

Nokia shows NFC technology use in transport, tourism in Singapore

The Finnish telecommunications giant, for example, partnered the country’s largest taxi operator ComfortDelGro to offer an NFC-enabled option to consumers to book a cab. By simply tapping their NFC-enabled phone at over 400 locations across Singapore, consumers can initiate a booking via SMS. This service was launched earlier this month.

Nokia also partnered the National Heritage Board (NHB) and public transport operator SMRT Corporation Ltd (SMRT) that uses NFC technology in a novel way to showcase around 25 landmarks within Singapore’s old city precinct. By using NFC-enabled smartphones, visitors traveling through various train stations can find out more about the heritage of those landmarks simply by tapping on those interactive billboards. There will also be a NFC tag at the heritage site itself, as well.

“Through our partnership with Nokia, we hope to transform Bras Basah and Bugis into Singapore’s first NFC-enabled precinct and leverage on NFC technology to showcase the heritage of an estimated 25 participating sites within the precinct,” says Alvin Tan, Director of Heritage Institutions and Industry Development, NHB.

Nokia and SMRT are planning to roll this initiative out on a larger scale over the next few months.

But the proof of the pudding is in its eating. Just because a new-fangled technology is the latest flavor of the month does not automatically guarantee its success. The use of QR codes, for example, have not taken off in Singapore or most parts of the world, for that matter, aside from Japan – despite efforts in promoting the use of that technology.

To that effect, Nokia is probably hoping that NFC avoids the dismal fate of the QR code by introducing the NFC Hub, a third party service which makes it easier for local businesses to adopt NFC technology for their marketing uses. The NFC Hub enables businesses to order NFC tags and posters to create custom NFC campaigns – these posters and tags allow consumers to access various communication platforms with any NFC-compliant devices and can be customized according to specific business and campaign needs. For example, campaigns can be built around creating social media engagement on Facebook, Twitter and Foursquare, sending business cards, opening a pre-defined web-page, launching an application, sending a text message or initiating a phone call.

“Singapore is an early technology adopter market and Nokia has a full range of NFC-enabled smartphones available with the latest launch of the Nokia 603, Nokia 700 and Nokia 701, that will enable users to enjoy the convenience of NFC services that businesses can generate easily on the NFC Hub,” says Gary Chan, Head of Ecosystem & Developer Experience (EDX), Nokia Singapore, Malaysia and Brunei.

But it’s still early days for widespread NFC adoption yet – mainly due to the lack of availability of NFC-enabled handsets. Nokia currently leads the pack with five NFC-enabled smartphones (Nokia 603, Nokia 700 and Nokia 701, Nokia C7 and Nokia N9) available in the Singapore market, and other handset makers are just beginning to bring their NFC-enabled versions to market. It will be difficult for them to see the value in introducing such phones into the market if there isn’t enough consumer interest or use cases of NFC, yet local businesses are unlikely to jump on NFC – rightfully cautious if they’ve tried implementing QR codes before – unless there is a critical mass of such users.

No doubt a chicken and egg problem.