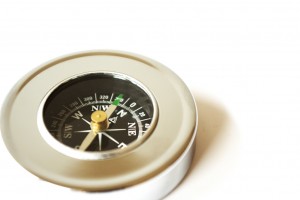 Bjoern Lasse Herrmann and Max Marmer earlier this year launched the Startup Genome Project, which seeks to type startups, identify their developmental stage and the metrics that matter, and build a system to integrate the methodologies of many of the Valley’s leading thinkers such as Steve Blank, Eric Ries, Sean Ellis and Dave McClure. Blackbox, founded by entrepreneurs Bjoern Lasse Herrmann and Max Marmer, in June released its first Startup Genome Report — a 67-page in depth analysis on what makes Silicon Valley startups successful based on profiling over 650 startups.

This time they have announced findings that, while unlikely to surprise, provide more solid data about failure rates of startups. About 90% of all startups fail, and the most common reason for failure is premature scaling. “In our dataset of 3200 startups about 70% scaled prematurely,” say the authors of the Startup Genome Report.

1. 74% of high growth internet startups fail due to premature scaling.

2. No startup that scaled prematurely passed the 100,000 user mark.

4. 93% of startups that scale prematurely never break the $100k revenue per month threshold.

7. Inconsistent startups are 2.3 times more likely to spend more than one standard deviation above the average on customer acquisition.

11. Inconsistent startups monetize 0.5 to 3 times as many of their customers early on.

12. The following attributes have no influence on whether a company is more likely to scale prematurely: market size, product release cycles, education levels, gender, time that cofounders knew each other, entrepreneurial experience, age, number of products, type of tools to track metrics and location.

But Blackbox decided that it was not enough to simply have a static report, so with its mission to help increase the success rate of startups the accelerator is launching the Startup Genome Compass. The web app basically gives entrepreneurs a dashboard where they can monitor their progress, helping them to set better priorities on a monthly basis.

The tool also automatically diagnoses a startup’s type according to the Startup Genome’s Typology (Automator, Social Transformer, Integrator or Challenger) and by Stage (Discovery, Validation, Efficiency and Scale). It then benchmarks them against startups in the same type and stage across more than 25 key performance indicators and highlights relevant research from the Startup Genome Report. It can also helps diagnose startups for premature scaling by mapping the startups’ progress along 5 core interdependent dimensions: Customers, Product, Team, Business Model and Financials and finds any inconsistencies.

If you’re a startup, you’re probably going to find this tool invaluable.

You can find out more about the Startup Genome Compass here.