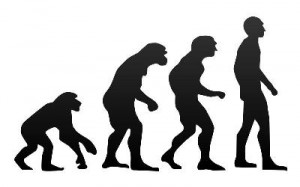 Despite what every politician has been telling us for the last few years, the economy as a whole is surely set to struggle throughout the foreseeable future. Standard & Poor’s justification for the downgrade of American borrowing power was lambasted by pundits for being a few trillion off, but the organization wouldn’t commit to such a controversial action if they didn’t truly believe that our fiscal house is in utter disarray. It has nothing to do with short-term actions and everything to do with no long-term plan to deal with our debt. Economists are almost universally convinced the U.S. economy has a long way to go before boom times begin again. The opportunities for entrepreneurship are therefore going to be few and far between as borrowing slows, interest rises, and consumers have less to spend.

That’s why entrepreneurs who are serious about their commitment to capitalistic self-drive need to recognize the correlation between the economy of today and tomorrow, and the natural world. In particular, learn a lesson from the theory of evolution. Once upon a time, it was an environment that allowed for an excessive amount of free market ventures to thrive. Now resources are severely limited and the hunt for success is far more cutthroat. Not everyone who was once able to succeed as an entrepreneur will do so today.

But the select few that survive will be stronger for it.

Young entrepreneurs must start off by not taking anything for granted. No one studying business in 2006 would have predicted the socioeconomic landscape we find ourselves in today. Yet here we are. Simply put, the rules once thought untouchable are now changing. Since no one can accurately predict unprecedented global economic adjustments due to the interconnected state of exchanges and diversified world wealth, no one can comfortably rely on surefire tricks and ironclad rules of self-driven business to succeed. Only count on one thing: you can’t count on what previous generations of capitalists were promised – unlimited means to borrow, unregulated markets, and unscrupulous consumers.

Long before established stock market decision analytics, government obsession with tax cuts, and cable channels dedicated to making you a better businessperson, starting your own profitable venture was incredibly hard. Imagine trying to establish small business credit before the removal of the Gold Standard. Yet, some of our most notable entrepreneurs started and thrived during times when enterprise was strictly an American dream. Think of the current changes as eradication of temporary and mostly inflated pillars of confidence that were never really apparent in the world economy to begin with. Consider your generation as the one that will re-establish the ordinary order of things. Independent business should be a hard-earned rarity.

The hardest thing for most entrepreneurs and alpha animals to achieve islong-term success. It’s inevitable for challenges to come your way, and maintaining your level of achievement is difficult to do. That’s especially the case in today’s unforgiving and unpredictable market. Those struggling can no longer rely on credit with confidence. Consumer spending can stop at the drop of the Dow, and the Dow can drop due to just about anything these days. To ensure long-term success, conservative control over expenditures is a must. So is staying up-to-date on world events especially when it comes to the global market. Understanding how your business fits into the grand scheme of things is the only way you can see how disasters will trickle their affects down to you. Turning the “open” sign on and simply waiting for the door to jingle is no longer all it takes to successfully run a business long-term. That should never have been the case.

In this market, you will either fail at your free market venture or you will know someone else who fails at theirs. It’s a dog-eat-dog economy and “easy mode” is no longer an option. With that said, your tenacity will dictate your success. That’s always been the case, it’s just gotten a little bit more uglier. Consider prosperity during these unforgiving times as a badge of your natural ability to be an entrepreneur no matter how tough your environment becomes.

Kevin Kaiser is an entrepreneur who deals with online marketing and reputation management for start-ups he’s involved in and can be found writing at Startup Biz Blog.