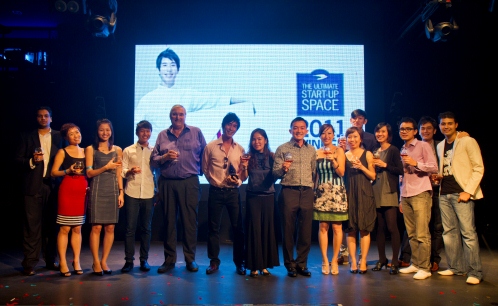 After months of intense competition, Preparazzi has emerged as the winner of ‘Martell V.S.O.P The Ultimate Start-up Space’ 2011 competition.

The brainchild of Jeremy Nguee, an inspiring chef and businessman who has spent the past two years getting the business up and running, Preparazzi is a meal preparation outfit that plans, cooks and delivers customized, healthy meals for busy people with sophisticated tastes who look to enjoy meals in the comforts of home. Preparazzi offers a wide range of services, from ready-to-serve pre-cooked meals to personalized, in-home dining with a private chef. It’s probably the closest you can get to feeling like a celebrity.

As the winner of this year’s competition, Nguee will be given the keys to a 1,400 square foot storefront at Boon Tat Street, an area rich with heritage, rent-free for a period of one year, and a start-up cash prize of S$20,000, as well as business management training from business school INSEAD (last year’s winners The Chupitos Bar got a space in the vaunted Clarke Quay area). 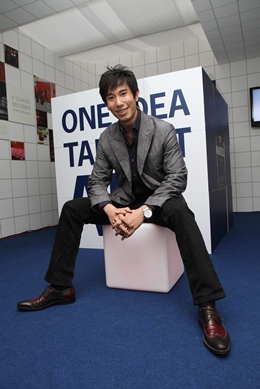 “I am truly honored to have been named the winner of ‘Martell V.S.O.P The Ultimate Start-up Space’ 2011,” says Nguee. “Preparazzi was up against strong competition.” Preparazzi beat out nine other finalists to top the competition, which included an interesting crowdfunding component.

“I look forward to opening Preparazzi on Boon Tat Street and being able to service the many time-starved Singaporeans in the area with gourmet meals, creating opportunities for them to connect and bond with their loved ones over meals.” Jeremy intends to use the space to reach out and interact with potential clients – planning menus, serving up meals and samples and facilitating the pick-up of Preparazzi take-home dinners. He also plans to give back to the community by providing employment opportunities for older workers in the area who may not be able to find work due to lack of education or qualifications.

One major obstacle the judging panel must have faced was that all of the over 550 entries they received – and the ten finalists – were at different stages in the startup phase. It’s obvious that some were barely coming off the ideation phase, while others like Preparazzi are much further along – in fact, Preparazzi had opened for business (a source said they were already profitable) and viewed the competition as an added boost.

The judges – which included two of Singapore’s most successful entrepreneurs, Jimmy Fong, chief executive officer of EpiCentre, and Low Cheong Kee, managing director of Home-Fix D.I.Y. – may have decided to skew their decision towards businesses who are more likely to succeed. But that may also mean an unlevel playing field – i.e. businesses that are already operating may have an unfair edge over new ideas which have not seen the light of day.

Which, to me, is a pity. It would have been more fair if there were two categories – one for new ideas, and another for startups in their early stages but have already begun operations. Perhaps the organizers of Martell V.S.O.P The Ultimate Start-up Space’ would explore that for next year’s competition and, judging by the number of entries they’ve received this year, is a perfect way to show how the competition has grown from strength to strength.