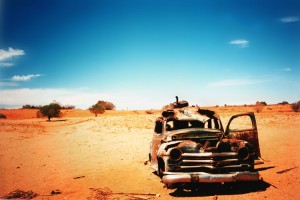 I often compare running a start-up to being on a long journey across an enormous desert : you have no idea how long it will take to navigate it or who and what obstacles you will face along the way.  In fact, the only thing you’ll be sure of is the direction you will be traveling in when you set forth, but even that path will most likely deviate as you go. There will be countless times you will think you see the end in the distance only to find that it’s just a mirage, and your seemingly never-ending march must continue on.

If you can’t tell by now, running a tech start-up is by no means easy, but there is also no better time in your life to risk everything than when you’re in your twenties. For me, it was like the stars were perfectly aligned.  I was twenty-five, extremely ambitious and had minimal responsibilities.  I knew the time had to be now or there might not be another opportunity to take a shot.

I wish I could write this as a step-by-step guide to start-up success, but unfortunately it’s not possible.  However, I do know a thing or two about the benchmarks of entrepreneurial achievement, including raising capital, finding your first paying customers and the next hundreds of thousands, creating an iPhone app with over a million downloads, and everything in between.

First and foremost you need to be willing to get your hands dirty. That means picking up the phones and talking to customers, learning to code, or even taking out the trash.  As a co-founder of a start-up there, is no single job that is ever above or beneath you.  For a long time, my job on a day-to-day basis was really just whatever resources we were lacking on that day.  I’ve done everything from designing our website in Photoshop to coding our conversion funnels in html/css. Some days I was the sales force and others I was the customer support team.  I’ve even marked up my fair share of legal agreements, although in retrospect that probably wasn’t the best idea without attorney review.

Being passionate goes without saying, but you have to LOVE what you’re doing.  I can’t tell you how many times I woke up in the early days of BeenVerified while we were burning cash and not really getting traction and thought that I was ready to quit.  I would get up, look in the mirror and ask myself what I would rather be doing—and the answer was always nothing.  Truth is, if you are running a start-up and haven’t had days where you were ready to give up, then you still have a long way to go towards being successful.

Like most of you, I have read a ton of blogs about technology and venture capital and what it takes to run a start-up.  I think most people would agree you should be running as lean and nimble as possible in the beginning, but there is almost always one point that goes unmentioned, and that’s how important every single negotiation is at the start of your business. The minimal cash you have in the bank is your single biggest asset and every dollar spent is one less dollar left for the next negotiation.  You or one of your co-founders needs to take on the role of what I call the Chief Negotiating Officer (CNO).  I can’t tell you how much money we saved early on just by being able to push back and not let anyone take advantage of us.  That money saved is one of the biggest reasons we were able to hang on until we finally iterated our way to traction.

The single biggest piece of advice I can give you is to just go!  When we started out, we spent about a year designing, building, and perfecting a product that ultimately no one wanted.  Not only did we waste time, we also burnt through the majority of the angel capital we raised.  It’s important to start out by only building your minimum viable product (a term made popular by Eric Reis).  At BeenVerified, our development and coding mantra is to always “Do Less!”, which basically means you should spend time building only the bare minimum that will allow you to bring your product to market and find out if there is demand for it first. Truth is, our original idea and product has morphed so many times over the years, and we’ve lost count.

The last thing I will leave you with is to remember that everything in your life outside of your start-up will ultimately suffer.  Your significant other will hate you and constantly complain of neglect. Your family will be calling just to check that you’re still alive.  Your friends… well let’s just say you will probably have a lot less friends then when you started the company.  However, the journey for me has been incredible and one that I wouldn’t trade for anything. While I haven’t quite made it across the desert yet, every now and then I do catch a glimpse of the end; let’s just hope it’s not another mirage. 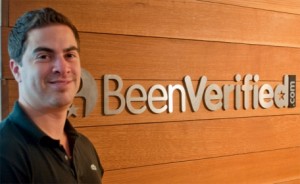 Ross Cohen is the co-founder of New York City start-up BeenVerified.com, a company that provides easy and affordable access to public record information.  Their mobile app, “Background Check,” has been downloaded over 1 million times.