Shaun Neff was always surrounded by Southern California’s skate, surf and snow culture – as an active participant in those sports he’d always dreamed about being involved in the business side of the industry. So Neff started Neff Headwear in 2002, which began as a clothing company selling shirts and hats – he would buy 99-cent headbands and take a paint pen to them, and giving those to friends to help promote the brand. And he even hustled product out of his own car.

Neff later moved to Utah to attend college at Brigham Young University, where his entrepreneurial adventure really took off. That was, for example, where he met pro shredder Nate Bozung – better known in that circle as Boznuts. The two bought beanies and headbands from Target, added special Neff flourishes and then gave those to the pros in the snowboarding industry like Travis Rice, Iika Backstrom, Laurie Heiskari as well as skaters Lizard King and Adam Dyet. It was also then that he realized, in order to get them into his tiny community and not conflict with their clothing sponsors, he would have to focus on headwear (although he would branch out later back into clothing and accessories, including watches). Neff Headwear was truly born.

Today, at 32 years of age, Shaun Neff oversees a brand that is best-known for their staple beanies and its collaborations with some of the biggest snowboarders and skateboarders in the world, as well as key personalities and DJs across the globe. A collaboration with Snoop Dogg sees a micro Dogg logo stitched in an entire line of tee-shirts, hoodies, hats and beanies.

“We are like a gumball machine spitting out endless flavors for the world to consume,” Neff declares. That optimism seems well deserved. The company’s numbers speak for themselves – since December 2009, Neff Headwear‘s expanded its distribution from 1,000 doors in 35 countries to approximately 3,500 doors in over 40 nations. It’s also seen a whopping 145% growth last year, amazing considering the state of the economy.

And this despite the company sticking to its core beliefs and keep distribution tight. “We continue to turn down large nation retail chains that are currently asking for our brand to maintain a tighter distribution through core surf, skate snow retailers,” Neff explains. 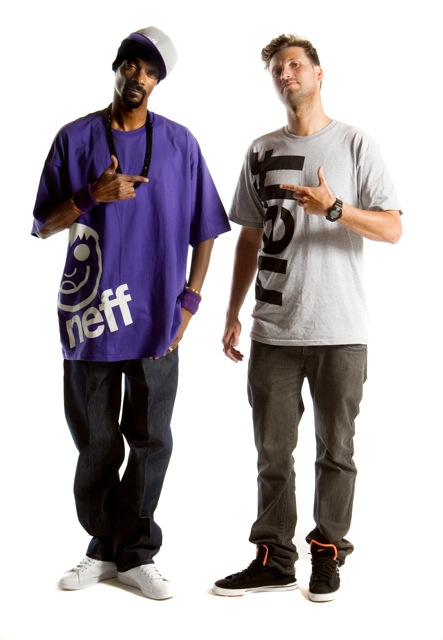