Africa is not known to generate many technology talents – the country is far more prolific in its music, sport and art – but here’s one young African who intends to buck the trend. Mawuna Koutonin is the founder of London-based GoodBuzz, and his story is the stuff of dreams.

Mawuna Koutonin was born in a small village in Togo, West Africa to a father of 36 children. As a youth, he’d walk ten miles every day just to get to school. In 1993, it was during one of these long walks that he’d stumble on a philosophy that would determine his life’s path – that he’d do whatever it takes to succeed in life. He would trade in 1994, for example, his basic food allowance to pay for his first computer class while studying art and philosophy in Université des Sciences et Technologies de Lille (Lille I). As the first amongst his siblings to attend university, Koutonin would finally graduate with two Master degrees, in business administration and philosophy.

His first foray into technology was in 1995, when Koutonin, along with a few friends, created one of Togo’s first news website. He later worked for eight years at the European Union commission helping to develop the cultural industry in Africa (cultural products being the main exports – and revenue – for poor African countries).

It was during this time, while working with artists, Koutonin thought about a solution that would allow them to focus on cultural and artistic expressions instead of the stresses and high cost of marketing and promotion. This would inspire him to start GoodBuzz in 2005, a free web-based peer-to-peer referral network that would allow artists, bands, associations, public organizations, event promoters and organizers to help promote each others’ events. 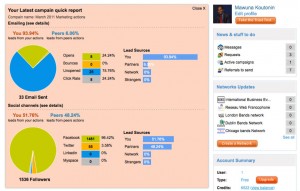 GoodBuzz allows organizers to leverage on various channels – email, social networks, banners, word-of-mouth, etc. – to promote their campaigns. The web app is exceedingly well integrated too, and allows you to set special deals and promotions, as well as generate campaign results and other kinds of reports. “GoodBuzz is a (form of) guerrilla marketing program for those who are ignored by journalists and the mainstream media,” says Koutonin. “If hundreds of us share your stuff with our friends, you’ll reach more people than Techcrunch or Mashable.” He adds that, aside from event organizers, the service is also useful for startups and the non-profit sector.

The GoodBuzz team currently comprises five people – three software engineers, one marketing manager and an operations officer –  and works closely with an advisory board of industry specialists.

The African Boy Who Could 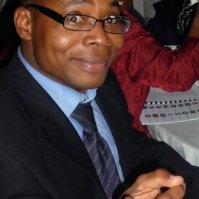 Koutonin’s ultimate dream, however, is to open a world-class human potential development school in Africa in 2017. It’s one of the reasons why he wants to be a star in the technology space. Africa, as we previously noted, is not known for its tech stars.

But Koutonin may just help change that.