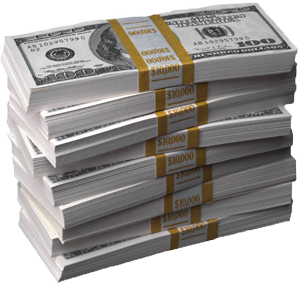 A recent Pepperdine University’s Graziadio School of Business and Management study shows that approximately 48% of the 1,221 privately-held businesses that responded to the survey target bank loans as a source of funding, followed by friends and family (21%) and private investors (11%).

But despite that interest, banks are denying the majority (60%) of those loan applications, most of which they would have accepted if not from pressure from regulators. “Privately-held business owners favor bank loans among all types of capital because they are typically the cheapest and banks are generally passive investors,” said Dr. John Paglia, lead researcher of the Pepperdine Private Capital Markets Project (PPCMP) and associate professor of finance at Pepperdine University’s Graziadio School of Business and Management. “Banks on the other hand report feeling increased pressure from regulators to avoid making risky loans and because of that they are denying loans that otherwise would have been accepted. The result is that small business owners are left without access to capital.”

The Summer 2011 report also revealed that despite the high rate of banks declining loan applications, 71% of private business owners who responded to the survey said they did not seek friends and family financing after being denied from a bank loan. Privately held businesses often rely on credit cards for financing and 81% of respondents said that after exhausting credit card resources they did not seek funding from friends and family. In previous studies, friends and family was a significant source of funding for business owners (35% in Fall 2010, and 56% in Winter/Spring 2010).

“The question then becomes ‘where do small business owners turn for funding?’” adds Paglia. “With friends and family becoming seemingly tapped out, small businesses may continue to target bank loans, hoping that regulatory pressure eases.”

· Angel Investors reported that the types of businesses that they plan to invest in over the next 12 months are very diverse with more than 17% targeting software and another 11.7% planning to invest in clean tech.