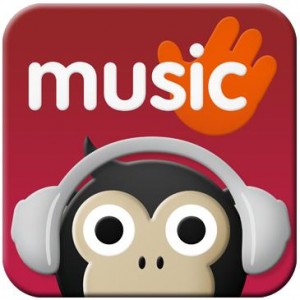 Wireless music sharing must be the “hot new thing” – right after we wrote about MyStream,  Singapore-based mobile application developer Bitsmedia announces and launches Frenzapp Music, an application that allows iPhone and iPod Touch users to share and discover music.

Like MyStream, Frenzapp Music users can mutually share favorite tunes and allow friends to browse their favorite song library. The application includes a function to discover music based on what your friends or other nearby users are listening to, a handy preview function to listen to a 30-second excerpt of any song for free before deciding if they want to share it or buy it direct from iTunes. Frenzapp Music supports AirPlay, so you can stream music to an Apple TV or any other AirPlay compatible device. You can even access the entire iTunes catalog of over 14 million songs through the app. And in case the social music sharing experience isn’t enough, Frenzapp Music is fully integrated with Facebook and Twitter, so users can let their existing social connections know exactly what they are listening to.

Frenzapp Music is the second application under Bitsmedia‘s Frenzapp brand – the first is Frenzapp, an iOS application that lets users discover and share interesting apps with each other.

Bitsmedia founder and app developer Erwan Macé, whom we’ve interviewed before, has had extensive experience in digital music delivery – he was formerly the CTO of Soundbuzz, one of the pioneers in legal digital music platforms back in 2000 and was a technical consultant for Akamai, which specializes in the delivery of digital media (including operating some of the infrastructure behind iTunes). He was also previously CTO of Vivendi Mobile Entertainment, which operates a subscription based PC/Mobile/TV service for music and movies in France and Germany. Bitsmedia currently develops iPhone applications for Universal Music in Europe and Australia.

Macé explained that Frenzapp Music builds on the accessible nature of various social networking platforms – not only does it tap on the shared interests of the people in a particular network, it also makes the social experience of sharing music easy and convenient.  “We believe that sharing music is even more emotional than sharing apps and are truly excited about this new addition to the Frenzapp family”, says Macé. “Sharing, or simply telling your friends that you like a song, is a very natural thing to do in real life, whether it’s the latest track released by a mainstream artist, a niche song from an underground band, or classic hits that bring back memories.”