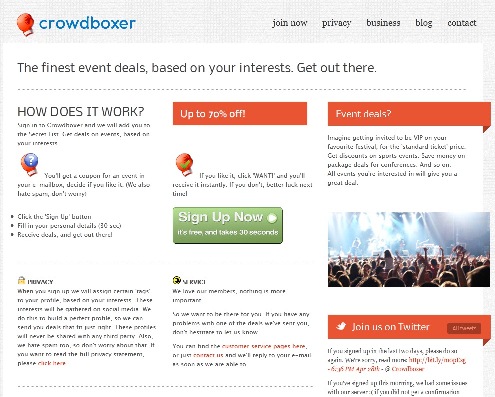 Amsterdam, Netherlands-based Crowdboxer offers you special deals on events. It’s kind of like a Groupon for events, but then again, not really.

Crowdboxer builds your profile around your interests, with information pulled from your social media accounts, and put you on a “secret” list. You’ll get notified when a relevant event that meets your interests come up (let’s say, an upcoming ball game featuring your favorite team), with deals on the event such as VIP access or half-price tickets. As time passes, the website learns what you like or don’t like, and adjusts the deals it sends to you accordingly.

Deal or no deal?