By Robert Jordan, adapted from his book “How They Did It: Billion Dollar Insights from the Heart of America“

Ever wonder how entrepreneurs come up with brilliant business ideas that turn into successful companies? I interviewed 45 company founders, each of whom started, grew, and sold a company for $100 million or more, or took their company public for $300 million or more. Here are some of their secrets.

Fulfill their need, not your passion.

It’s a myth that successful businesspeople got into their field because they cared deeply about it. Success doesn’t follow passion, it follows need. Find something that no one’s doing that somebody should do. That’s what Dick Costolo, founder of Feedburner, did when he saw that publishers had content but no way to distribute it online to subscribers and syndicators.

Where there’s a meaningful problem, there’s a reason to solve it. Cardiologist Donald C. Harrison came up with the idea for his medical device company AtriCure after asking himself how he could make a novel contribution that would help his heart patients in a major way.

Get it from your hands, not your head.

How did a guy with a degree in supercomputing end up in the trucking biz? Internet Explorer billionaire Tim Krauskopf got the idea for a transportation technologies startup, FreightZone, after he learned to drive a semi and began to experience what was involved in the trucking industry.

Put your heads together.

Often, $100 million ideas come from collaboration. Rock Mackie knew Tomotherapy was a viable concept only after three of his graduate students each made separate and important discoveries. Put together, his team’s ideas resulted in a new and remarkably better CT scanning technology for treating disease.

Make it sellable and fixable.

Do you think you have a great idea for a new product? It’s not a great idea until you’ve gotten involved in selling it. Jim Dolan of the Dolan Company advises that selling is the quickest way to find out what’s wrong with your product idea so you can fix it quickly and move on. If you can’t sell it, don’t make it.

Get help developing it.

Serial entrepreneur Mahendra Vora, who’s launched more than a dozen highly successful tech companies, warns would-be entrepreneurs not to be narcissistic about their idea. Instead, develop 60 percent of your vision, put it into the hands of trusted customers, and let them help with the remaining 40 percent of the idea. 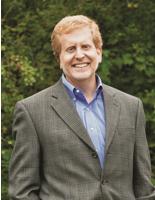 Robert Jordan has been launching and growing companies and helping other entrepreneurs do the same for the past 20 years. He is author of “How They Did It: Billion Dollar Insights from the Heart of America” (RedFlash Press, www.HowTheyDidItBook.com), a collection of interviews from 45 leading founders who created $41 billion from scratch. His newest endeavors are RedFlash project implementation team, and interimCEOinterimCFO, a worldwide network of interim, contract, and project executives.