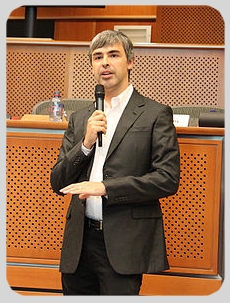 You might think your career starts once you’ve graduated from college, but why wait? If you’ve got a great idea, there’s no reason to hold off acting on it until you have a degree. Just ask these college entrepreneurs. They made their ideas into successful business ventures while they were still in college, sometimes earning big bucks and creating a pretty enviable resume before they ever got a college diploma. So if you’re debating whether or not to start your own college business, use these student entrepreneurs as inspiration of how far you really can take your ideas.

Many have seen Zuckerberg’s somewhat scandalous story brought to life in the Oscar-nominated movie The Social Network. While the real events may differ a bit from the dramatized version, one thing is certain: the brainchild of this Harvard grad has gone on to become one of the biggest and most profitable sites on the web. While still a student, Zuckerberg founded and coded, along with three other classmates, the social networking site that has to date earned him over $6.9 billion. At only 26, Zuckerberg is one of the richest people in the world due in part to his willingness to act fast on an idea.

You won’t find many people out there who haven’t heard of personal computing giant Dell, and for good reason, as it is a multi-billion dollar business with sales worldwide. Yet Dell, like most companies, started off small. While still in college as a pre-med student, Michael Dell started a business upgrading computers in his dorm. That small business turned into a larger one, working with the state of Texas to upgrade their computer systems, and eventually into a small office building after Dell dropped out of school to focus on the business. By 1992, Dell was the youngest CEO to ever have his company ranked in the Fortune 500 and today its founder has a net worth of almost $14 billion.

Bill Gates is today one of the richest men in the world, with a net worth of nearly $54 billion. Yet once upon a time he was a college student at Harvard with big ideas. Teaming up with friend Paul Allen, Gates went on to create faster processors and computer interfaces that are still widely used in computing today as well as some of the first widely available PCs. The company he founded after dropping out of school, Microsoft, dominates the home computer software market and has expanded into video games, hardware and search engines, bringing in a staggering $46 billion dollars a year.

Today, Steve Wozniak is known by many names–The Woz, iWoz, the Wonderful Wizard of Woz– but whatever you choose to call him, there’s one thing that’s for sure– he turned his youthful enthusiasm into computing into a multi-billion dollar industry. While still enrolled at the University of California, Berkeley, a young Wozniak met Steve Jobs and they began working on circuit board designs and operating systems together. Wozniak later dropped out of school to focus on the venture, which would later become Apple Computer. While he retired from the company a few decades ago, he left with a sizeable share and a net worth of over $45 million.

In 1992, two Williams College classmates, Bo Peabody and Brett Hershey, began working with their economics professor to design what today is known as Tripod.com. The site offered web hosting services that let college students and young adults build and upload their own sites, creating a wave of user-generated content. The site was sold to Lycos in 1998, and Peabody walked away with a hefty sum, enough to let him continue to invest and innovate new web-based businesses like Voodoo Vox and UplayMe.

While today Netscape might not be cutting edge technology, there was a time when it dominated the online browser market. The man behind this program was Marc Andreessen. While a student at University of Illinois at Urbana-Champaign, Andreessen worked with Eric Bina to design Mosaic, a predecessor to the Netscape program. It was not until after graduation that Andreessen fully capitalized on his idea, launching Netscape in 1993 at the tender age of 23. Today, due to this venture and Andreessen’s other tech investments he has a net worth of over $253 million.

You know you’re successful when your brand name becomes a verb, and that’s just what has happened to this CEO. While a college student at Yale, Smith wrote a paper detailing what a delivery service in the computer age would need to be successful. While he didn’t act on these ideas right away, Smith let them marinate while he finished his schooling and entered the Marines. After returning home from his tour of duty, Smith bought an aircraft maintenance company that he overhauled as a package delivery service–FedEx. Today he is worth $2.1 billion.

You might not know these names but you surely know the company they founded– Google. These young tech entrepreneurs met while in college working on their PhDs in mathematics and computer science. While doing research for their dissertations, they became fascinated by search engines and data mining, eventually suspending their studies to focus on starting up a business. One run in a small garage, today the business is worth billions and is used by people worldwide. From poor grad students, today Page and Brin are worth about $15 billion each.

Think there’s no more room for internet innovators? In 2005 these very young innovators started working on tech ventures while students at the University of Virginia. After their graduation, they teamed up to launch the social bookmarking and news site, reddit. Bought by Conde Nast Digital, the site garnered the pair substantial earnings and making them young millionaires over the span of only a couple of years.

While Horie has seen a series of legal troubles in recent years, ending with him going to jail, he was quite successful in a business he began while still a student at the University of Tokyo. Working with classmates, Horie founded a site called Livin’ on the Edge, a project that would eventually grow into Livedoor, a popular internet portal. He might not be a household name in the U.S., but Horie’s fortune is nothing to laugh at, with a net worth of nearly $3.6 billion.

This article was first posted on Online Courses and republished here with permission.

Joining The Wave Of New Entrepreneurs? 5 Mistakes That Can Sink You