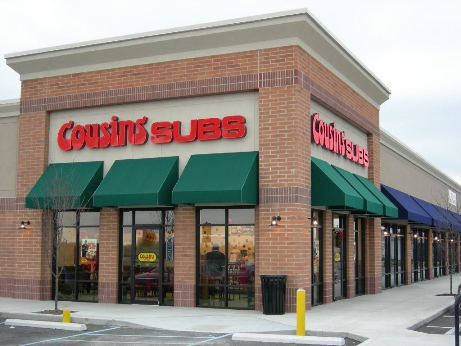 Aaron Leischke may only be 31 years old, but he is already the owner of three Cousins Subs franchises in the Minneapolis-St. Paul, Minnesota area.

Leischke, who had worked in the food and beverage industry for ten years, always knew he wanted to go into business for himself. “I’ve always had the entrepreneurial spirit and with positive thinking paired with a strong belief in myself, I knew I would be poised for great success in this industry,” says Leischke. He’d saved every penny he made over those ten years in order to obtain a small business loan – not an easy feat considering his age, and he’d had to fight to prove himself worthy of the loan. With that loan secured he’d used the money to fund his first Cousins Subs store, buying over an existing location.

Leishcke said he opted to go for a Cousins Subs franchise because he believes in the company’s rich history built on integrity and values. “It’s an established company that has been around for more than 35 years with a proven business model and excellent support system for its franchise owners,” he explains. It also helps, Leischke jokes, that he really loves the products.

Interestingly, Cousins Subs itself is an entrepreneur’s story. The restaurant chain, which specializes in East Coast-style submarine sandwiches made with a variety of freshly-baked breads, was founded in 1972 by Bill Specht after he was laid off from his job, together with his cousin Jim Sheppard and their wives. Today there are some 150 company- and franchise-owned Cousins Subs stores in six U.S. states.

The experience of being a franchisee has been quite exciting for him as a first-time business owner, Leishcke recounts. It’s a lot of responsibility, but relying on the corporate office for support and guidance has been one of the biggest advantages of running a franchise business. The biggest challenge he’s faced as a franchisee was taking over existing franchises. “All three of my locations were already up and running when I took over, so it was a challenge to step in and make the necessary changes to improve each location,” he shares. But once he purchased his first location, Leischke says he was fortunate enough to have the opportunity to acquire a second location, followed quickly by a third. “Though it wasn’t a walk in the park, I’m right where I want to be at this point in my life,” he says.

Leischke admits that the current state of the economy provides obvious challenges to any business. “Many people are unemployed right now, which means less people in the door during lunchtime,” he observes. “And for those who have managed to keep a job, many are opting to bring their lunch to work instead of going out.” On the other hand, frugal families are eschewing spending money on meals in fancy restaurants, and choosing to go for affordable yet healthy options such as Cousins Subs.

Being a young entrepreneur is a lot of hard work but the journey so far has definitely been worth it, Leischke says. He’s learnt to stay positive and work hard – one of the dangers he’s aware of is the tendency for those who achieve a certain level of success to slack off. “I always keep my business a top priority and as a result I’m successful and happy, too.”

His passion for his business and determination to succeed has also seen Leischke receive the Cousins Subs President’s Award two years back. He admits that he currently doesn’t have any long term plans. “I’m just taking it one step at a time and waiting to see what opportunities come my way.  But I love being a business owner and hopefully continue owning businesses the rest of my life,” Leischke declares.