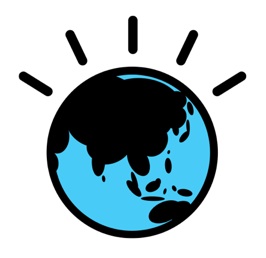 Technology, like love, is a many-splendored thing. Harnessed properly, technology can help change lives, societies, and the world. That probably was what IBM hoped when its chairman, CEO and president Sam Palmisano announced in November 2008 an initiative for building a Smarter Planet – how world leaders, change-makers and citizens can leverage or managing information technology to improve the world’s systems and processes. He later followed up with a speech on January 2010 called the ‘Decade of Smart’ where he highlighted many initiatives in which technology was leveraged to create smarter systems with which to solve our planet’s most pressing problems.

It’s a noble idea, of course — infusing intelligence into the world’s systems and processes, such as smart grids, water and waste management systems, solutions to traffic congestion, eco-friendly buildings etc, that can help to reduce the strain on the world’s limited resources and improve efficiencies across the board. To the more cynical amongst us, it perhaps is also unsurprisingly that this initiative to improve the world’s information technology processes seems totally in line with IBM‘s business objectives.

Results Are What Matters

But perhaps the results speak for themselves. In a study of 439 cities, those that employ transportation congestion solutions — including ramp metering, signal coordination and incident management — reduced travel delays by more than 700,000 hours annually on average, saving some nearly US$15 million each. In Singapore, the Singapore Land Transport Authority (LTA) worked with IBM to implement a more unified smart card system for commuters, increasing ridership on the country’s public transport networks. In 2007, IBM and LTA also completed a pilot test on traffic prediction using IBM’s Traffic Prediction Tool — as part of IBM‘s Global Innovation Outlook (GIO) Urban Transportation Project — in Singapore’s Central Business District, tapping historical traffic data and real-time traffic input to anticipate and better manage the flow of traffic to prevent the build-up of congestion.

‘Smart technology’ is also working in other industries and verticals — a year-long study by the U.S. Department of Energy’s Pacific Northwest National Laboratory found that consumers deploying smart meter systems saved 10-percent on their power bills and cut their power usage by 15-percent during peak hours. In healthcare, hospitals and primary care clinics that implemented smarter healthcare systems across their facilities improved clinical results and operational efficiencies by up to 10-percent.

It’s About People, Too

However, there’s the question of the digital divide: will a Smarter Planet agenda further aggravate the digital divide between first-world countries and the developing world? After all, third-world countries may not have the resources to invest in information technologies the way that developed countries do. IBM executives I spoke to seem convinced that it wouldn’t — they point at the fact that developing countries have a ‘clean slate’ and less legacy issues to deal with, and are more willing to invest in technologies that ‘leapfrog’ such a divide.

Moreover, with the imminent rush of implementing advancing technologies and smarter processes into every fiber of our societies and lives, are we humans being steadily left behind? Will technology overtake our lives? After all, no amount of technology has yet helped produce better, smarter people — the softer side of the human-technology equation, and if one dares admit it, the weaker link.

However much I love technology, we don’t just need a Smarter Planet; we need smarter people too.

Emergence – What is Now Needed for Leadership Teams to Become...