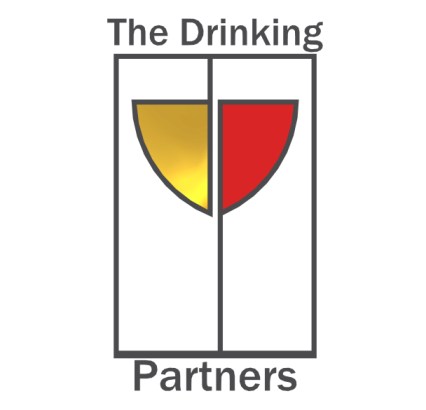 The Drinking Partners is a local purveyor and distributor of specialty beers from Belgium that aims to promote a beer appreciating culture in Singapore. The company also provides value-added services such as training of wait staff about beer, as well as conduct beer appreciation classes, beer dinners and other related events.

The founders and partners who make up the The Drinking Partners come from diverse academic and career backgrounds such as finance, engineering, marketing and even healthcare, but all share a love for the food and beverage business. The idea for The Drinking Partners came about as the founders had traveled extensively and observed that the attitude toward beers in Asia is very different from the reverence accorded to beers in Europe. “In the latter, beers, especially those brewed by monks or undergo unique brewing methods, are coveted like diamonds,” explains Lincoln Goh, a partner at The Drinking Partners. “This may be attributed to a lack of specialty beers available in Singapore and a lack of knowledge about beers. What an irony that wines are perceived in Asia as sophisticated while beers tend to evoke a less palatable image.” It’s something they intend to change.

But The Drinking Partners aims to be more than ‘just a commodity supplier’, and to differentiate themselves they focus on providing value-added services such as training for wait staff. The company also – together with their partners and clients – hosts unique beer-tasting sessions and dinners – recent events include a beer-and-burger pairing (at Fatboy’s, a burger joint we recently featured) and a pairing of beer with Asian food. At such events, they would try to identify the target audience and then propose a particular beer selection catered for that audience, hence, the selection is different for every event.

“In every collaboration with our clients, the goal is to help our partners grow, specifically, help them stand out and excel within the competitive F&B industry,” Lincoln says. “It’s fair to say (that) our unique selling point is about making our clients unique too. After all, our target customers are our clients’ customers.”

Consumers have increasingly become sophisticated, and a large majority of them are increasingly well-traveled and often want to find out more about the beers they are drinking. “We noticed many customers approaching us to find out more about the history of our beers, and more importantly, the people and ideology behind the business,” muses Lincoln. It’s also a reason why they’ve started exploring new methods of marketing using social media platforms to engage their customers. “In a way, (our) social media platforms thus became their window for a peek into The Drinking Partners, and for us, our window into (finding out about) their likes and dislikes, etc.”

“The move into the social media arena is a natural step given the highly-evolving nature of the F&B industry,” says Lincoln.

According to Lincoln, the primary challenge in their business – like almost every other business – ‘boils down to dollars and cents’. Specialty beers, after all, cost significantly more than mass-produced or locally-produced brews, and there is a need to convince their F&B customers how their beers, despite the premium pricing, can still translate into viable business opportunities. But they’ve been making inroads and The Drinking Partners‘ growth, says Lincoln, has been heartening. “We are very encouraged by the strong and jovial working relationships with our F&B customers plus our growing base of very enthusiastic private clients.”

“(But there’s) still lots of ground to cover,” he says.

“Entrepreneurship is to be really passionate about something to want to make a difference,” Lincoln says. It’s a desire so strong that, he says, has been powerful enough to see them through some pretty tough times – including sleepless nights, days where energy level is low and the times when odds are stacked against them. One thing that’s really helped is the comments and appreciation from people who see and believe in the difference they’ve been trying to make in the local beer scene. “Nothing pleases us more than positive customer feedback.”

“Hey… we are small in size…but big in service!”

The Drinking Partners also found out the hard way just because they like something doesn’t mean it makes good business. “From our experience, we learned that beers that we liked, doesnʼt necessarily translate into business,” Lincoln reveals. They’ve had to constantly tested and tweak their product offerings to suit the Singapore market – and palate. “Business must be dynamic and willing to adapt,” he advises. “It is a lot about listening to the market, keeping our ears close to the floor. We are quite sure many consumers can relate that some businesses do not listen to what the market wants.”

“We hope as our business grows, we never lose sight of this valuable lesson.”

I’d drink to that.