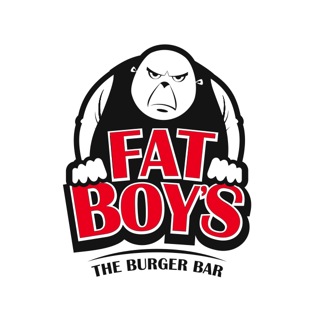 Fatboy’s The Burger Bar is a specialist burger joint located along Upper Thomson Road, in the heart of Singapore, specializing in homemade burgers. Founded by brothers Bernie and Kennie Tay, Fatboy’s was so named because both of them are, well, big boys.

“But mostly because its a catchy name and has everything to do with what we sell,” laughs Bernie, 37. “My brother and I have always wanted to own a restaurant and we were always intrigued with casual diners from our younger days of travelling overseas, so naturally when we found out that we have enough funds to do something like that, I made that decision of leaving my day job and fully invested in this project.”

Fat Boys And Their Burgers

Bernie is a veteran in the food business. He’s spent some 20 years working and managing franchise restaurants and bars in Hong Kong, Malaysia, Philippines, Indonesia and China, mostly under popular American franchise restaurant the Hard Rock Cafe. 31-year old Kennie, on the other hand, has no F&B experience but is a seasoned entrepreneur, having delved in partnerships running food stalls in the past and currently owns and runs a used car dealership, Cosmo Automobiles. Recently, they roped in two cousins, who pumped in fresh capital which allowed them to open an over-the-counter outlet at Mohd Sultan. Altogether, they have invested around S$200,000 to date.

“We both share a passion of cooking and eating; more eating than cooking though,” Bernie jokes, when asked about how was it like to have siblings running the same business. “The vital part of any business partnership is chemistry, whether siblings or not. Both must share the same passion and belief in the product they sell.”

Fatboy’s is modeled after the casual American diner, and its music and decor reflects that. “It’s quite like stepping into an ambience not unlike the diners that you see in most American movies,” says Bernie. “We try to rekindle the retro atmosphere which appeals to all walks of lives, young and old.” Its focus and specialty, the all-American burger, is commonplace enough in Singapore, but what makes it stand out from its competitors is the fact the their burger bar menu allows diners to customize their burgers according to their preferences.

“That has been a great selling tool for us,” admits Bernie.

Starting-up for the first time was a great challenge, remembers Bernie. Initially, they were overwhelmed by the response and couldn’t cope with demand – although he agrees it is a good problem to have. “We ran out of burgers quite often in the beginning sometimes as early as 9pm,” Bernie confesses. “We couldn’t handle the pace too, and had guests waiting to close to an hour for their burgers.” Gladly, they’ve since resolved such problems. Aside the usual complaints about understaffing and parking, Bernie says things have been pretty smooth sailing over the past year.

“Our focus from now is to keep up with the ever-evolving F&B trends,” Bernie muses. “We have to keep Fatboy’s relevant and fresh all the time.” Bernie adds that branding will be a big focus for the growing company in the next few months, to be able to grow a brand well enough to attract invite investors to help further expand the brand. It also has plans to franchise its business.

The Fatboy’s Guide To Entrepreneurship

“Entrepreneurship is being able to wear shorts and T-shirts to work at any given day,” Bernie laughs. “And that is exactly why I chose to be an entrepreneur.”

It’s important, Bernie says, for entrepreneurs to have three traits: practicality, prudence and a good eye for opportunities. “That sort of sums up what it is required to run a business,” Bernie explains.