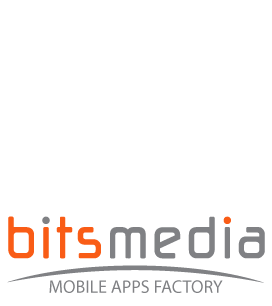 Bitsmedia Pte Ltd is a Singapore-based mobile application development shop specializing in the development of iPhone applications. Its services range from the initial conceptualization and product design, the functional and technical specifications to the actual development, testing and distribution of custom applications for mobile devices.

Bitsmedia was founded in April 2009 by 37-year old Erwan Mace, who was born in France but later moved to Singapore when he was just 14. The self-confessed gadget lover is extremely passionate over technology – he first wrote his first lines of code on a Sinclair ZX81 at the age of eight. He would later spend half his time in Asia and the other half in Europe, leading internet and mobile technology initiatives for big international corporations as well as smaller startups, working as CTO of Soundbuzz in Singapore (acquired by Motorola and shut down just 18 months later), a technical consultant in Akamai in Paris, CTO at Vivendi Mobile Entertainment in Paris, amongst others.

During the 13 years he spent working for others, Erwan says, the idea of starting his own business was never far from his mind – it just wasn’t the right time. It was only when his Singaporean wife was offered an opportunity that would require them to move back to Singapore, that he decided to leave his job at Vivendi and start Bitsmedia rather than look for a job.

“I figured that over the previous 13 years spent learning from other entrepreneurs, bosses and colleagues, I had acquired enough experience – technical and business – and network to expect some credibility,” explains Erwan, who owns 100 percent of Bitsmedia. “Given my personal passion for mobile devices and software as well as the early success of mobile internet and iPhone apps in particular, it was a very natural choice for Bitsmedia‘s core business.”

He first validating the business model by running the company alone – including writing every single line of code himself – but has since expanded the team by hiring two talented developers and a great UI (user interface) specialist.

Bitsmedia rarely develops applications of their own, Erwan says, as its core business focuses on developing apps for clients, many of whom are from the media and entertainment industries (thanks to Erwan’s contacts when he was in the music industry). “We work a lot with Vivendi and Universal Music, with whom we should be releasing five new apps soon.” They also recently developed MySetLife, a social network application for film makers on the iPhone together with a Singapore client Okilabs, and has just submitted Pabobo – night lamp application for children – with one of its French clients to iTunes for approval.

“From time to time, we however take a break and try to release quick apps to address specific needs that come to our mind,” says Erwan. One of the latest applications developed by Bitsmedia is Muslim Pro. “We live in a region where lots of Muslims are currently observing the fasting month of Ramadhan,” Erwan elaborates. “It occurred to us that as praying and fasting time changes everyday, every single Muslim in the world needs to refer to a table to find out the appropriate time. Every day. Two to five times a day.”

“A perfect stickiness case for a mobile application.”

The Bitsmedia team looked at a few existing apps of its kind, and thought they could build a better one by offering a wider choice of language localization and calculation methods (Muslim Pro 1.1 offers 8 different conventions), as well as local notifications (a new feature in iOS 4.0) which allows a user to be notified when the app is not running or even if your phone is not connected to any network.

Other applications they’ve developed include social address book app MyHub, Quit’n’Tell – an interesting application with a social media approach to help users quit smoking – and OnMyWay, an app to provide your contacts with your current position when running late to meetings.

He’s learnt, in his 18 months as an entrepreneur, that entrepreneurs never stop working. “Not only does it easily take long 12-18 hours working days to stay on top of all aspects of the business (admin & legal, watching market trends, coding, selling, logistics, etc…), you actually spend every other waking minute thinking of other things to do,” Erwan says. “If you are truly passionate by what you do, you should be just fine as you’ll actually wish you could spend even more time doing what you love to do most – building great software, in my case.”

One of his greatest achievements, Erwan says, is getting out of the comfort zone of a stable and well-paid senior position at Vivendi to actually jump into the unknown world of entrepreneurship. Scaling the business and switching from a home-base one-man operation to a small team with proper offices, equipments, processes, etc, he says, was another huge milestone for his startup.

Erwan shares one advice for aspiring entrepreneurs: It is very important to rely on trustworthy people as soon as your company can afford it. “Plan your recruitment early enough, and make no concession whatsoever when it comes to choosing the people you work for,” insists Erwan. “People and their respective talents are the true value of your company; its very own DNA.”