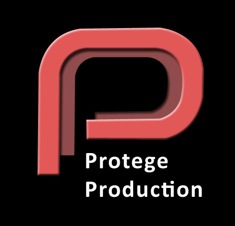 Managing director of Protégé Production Janelle Lee shares with contributing writer Caroline Yeung on what inspired her – one of the elusive few female technology entrepreneurs in Singapore – to develop games.

Protégé Production – spurred by Media Development Authority–Microsoft XNA Development Initiative program – officially released its award-winning indie game Armor Valley on Xbox Live Community Game Platform at a price of US$5 on November 2009, to rave reviews. “We received a 9 out of 10 score for most US game reviews,” beams Janelle. In fact, Armor Valley achieved the following world-wide recognition following its launch, helping the fledgling gaming startup distinguish itself in several international and local competitions such as an “Excellence in Audio” award at an independent game developer conference and festival in October 2009, a startup winner for Game Connection in San Francisco in March this year, and was one of the top 20 finalists for Microsoft’s Dream-Build-Play Challenge in April here in Singapore.

Being a skilled game programmer herself, Janelle believes in mastering and strengthening her team’s computer graphics skills so as to achieve high-end, 3D graphics for interactive media. She also expects the best when she gathered her local team of technical and artistic industry veterans and young talents to develop Armor Valley soon after she established Protégé Production – only those who share a passion for game development made her team.

Self-funded at the moment, Protégé Production targets a wide range of users but more often than not, Janelle’s team will start with a target age group that does not come with a game content rating such as those established by the Entertainment Software Rating Board.

Janelle is forthcoming with the challenges of being ‘a small fish in a big ocean’. “We are always driven to create new and innovative game content. We have various game ideas but as a small developer, we face the challenge of competing with the bigger (game) companies,” discloses Janelle. “Game development is getting more expensive especially since the trend is leaning towards high-end and realistic creation, and those created on console and MMORPG platforms can be in the millions.”

Asked for her reaction on being the few female, technology entrepreneurs, Janelle didn’t hesitate. “I don’t think it has any effect on me when I get that type of response, but I would be interested to know more about what others think (of female entrepreneurs)….. I think the key is to work very hard, and be different.”

Reviews on Armor Valley can be found on its Facebook page.