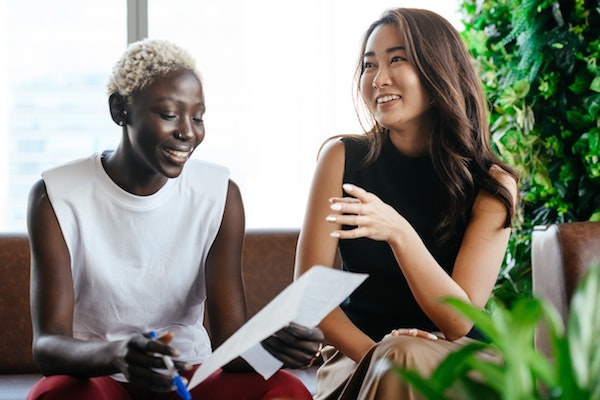 by Thane Lawrie, author of “The Buddhist CEO“

My name is Thane Lawrie and I am the author of The Buddhist CEO. Prior to becoming an author, I was the CEO of an organization called Scarf, in my native Scotland. Being a CEO was a wonderful experience but it was also very challenging at times. Fortunately, I was very successful in the role and Scarf was listed in the prestigious Sunday Times list of the Top 100 Companies to work for in the UK during six of my seven years as CEO.

What do I consider to be the biggest factor in my success and how could others learn from it?

I firmly believe that the biggest factor in my success was largely down to how I treated other people. Later I was to learn the importance of treating myself well but I will come back to that. The organization where I became CEO was facing multiple challenges when I took charge. We had suffered significant financial losses, the services we provided were poor and staff morale was low. My job was to shake the company out of its malaise. How could I expect staff to deliver excellent customer service when they were all feeling so low about their work?

It was clear that our workforce culture was poor. Staff were unclear about the values of the company, what their role was, and where the company was headed, which resulted in frustration and people often speaking unprofessionally to each other and lowering the overall tone of the workplace.

The first thing I did was start to listen. I asked staff directly why they didn’t enjoy their job with us and quickly themes emerged.

They told me they wanted to enjoy their job as they almost all believed in what the organization was trying to achieve. However, they felt that the company got in the way.  Nothing worked well, the IT and phone systems were inadequate to support them to do their job and it drove them crazy. Their managers couldn’t take decisions quickly, they were unsure what their targets were, and they felt underappreciated by senior managers.

My first decision was to completely overhaul much of our infrastructure. We modernised our IT and phone system and brought in a new fleet of modern clean branded company cars. Next step was to bring in support from an HR consultant and we engaged with staff to devise our companies new set of values. We then trained all our mangers at every level on how we wanted them to become inspirational leaders who were truly in charge of their part of the business.

The organization was transformed in my first year in charge. Staff became happy very quickly. They felt listened to and their productivity increased significantly. Managers were energized and we started to deliver excellent services. This resulted in more business and after two years of significant losses we posted a small surplus in my first year, which went on to grow year on year.

This brief description makes it sound easy when in fact a lot of time and effort went into achieving this turn around. But essentially at the heart of this significant change was my belief that if you treat people well, respect them, value their contribution and make sure they understand their role and the contribution they make to the overall company, then the majority of people will respond positively. However, not everyone comes with you and how we dealt with these members of staff was of equal importance. I do not subscribe to the view that if you treat people well everyone will step into line. To fully turn our culture around I had to deal with these tricky situations. One toxic person can demoralise a workplace very quickly. Other staff become frustrated and despondent when leaders don’t deal with such characters.

How did I deal with this? My rule was to give everyone a chance. Point out which behaviours are causing the problem and what changes they need to make to rectify the situation. Making it clear that if they do not make the changes needed then disciplinary proceedings are likely to follow. These conversations can be awkward and tricky but always worth having with the few people that fall in this category. Other staff appreciate it and they respect leaders who tackle these issues and your workplace culture thrives as a result.

What about you, though? How are you doing? You have been busy leading your organization, department or team, taking bold steps, making difficult decisions and you are so emotionally caught up in the excitement of your business venture. It is so common to find leaders forgetting about their own wellbeing.

I know that I did it at times. In my novel The Buddhist CEO, one of the chapters is called The Fellowship of the CEOs. The main character in the book creates a meeting with other CEOs that he admires, which he calls the fellowship of the CEOs. They all feel they can’t be open about their leadership challenges with their board or senior team as they want to look strong and confident in their role. When really they are human like the rest of us.  They use their fellowship to be human and share and learn from one another and offer support to one another. During my own CEO career, I set up a similar meeting with other CEOs and it gave me the support and challenge I needed to be a successful leader. I saw this as taking proactive steps to protect my own wellbeing.

In summary my advice would be to anyone setting out in business or an experienced hand who has hit a tough patch, think wisely about how you treat your staff and senior team.  If you put in the time and effort to develop a positive and inspirational workplace culture your business will thrive.  But don’t forget to look after yourself along the way. 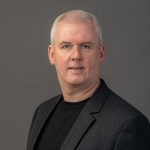 Thane Lawrie was an award-winning CEO in his native country of Scotland.  He is now an author and recently released his first novel The Buddhist CEO. To learn more about Thane and purchase his book, check out his website https://www.thanelawrie.com/ where he writes a regular blog.

Bulletproof Your Goals Through Gamification