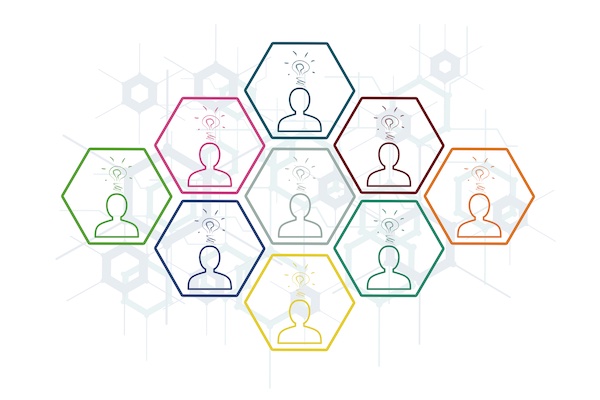 by Alexandre Mars, Founder & CEO of Blisce and author of “Mission Possible: How to Build a Business for our Times“

Networks are everywhere, even in the animal kingdom. You only have to look at a pack of wolves, a hive of bees or a herd of elephants to see animals helping each other move ahead in life. When humans first put down roots in permanent settlements, their networks multiplied, growing in complexity. They expanded beyond the family unit to encompass neighbors and colleagues who help and protect one another. These are the individuals we rely on day in and day out, the people who make up our network.

In countless different settings – including parishes, synagogues, mosques, trade guilds, masonic lodges, and trade unions – all the clubs we join and the groups of old friends from high school or college we spend our time with, we meet and get to know each other, willingly offering assistance and turning to one another for help in case of problems. A network is also the sum of all the informal connections established between family members, friends, or individuals in a professional setting. It is the list of names in our address books, our inboxes, and our social networks.

Frigyes Karinthy developed the theory of ‘six degrees of separation’, also known as the ‘six handshakes rule’, in 1929 – an age when travel and communication were becoming more convenient, but the idea of globalization was still years away. Karinthy demonstrated that any two people in the world could be connected by a chain of six links ‘using nothing except the network of personal acquaintances. In 2016, Facebook officially announced new findings that overturned Karinthy’s original theory: any two users on the platform at the time were connected by 3.57 degrees of separation.

I don’t know anyone who doesn’t have a network – but I know a whole lot of people who complain that they don’t have one. Of course, some people are born in the ‘right’ place, grow up in the ‘right’ neighborhood and go to the ‘right’ school or university. It’s true that they start life with more contacts and connections than the average person. And then there are the less advantaged. They have some ground to cover, but they aren’t starting from zero. Unless you have grown up like a hermit, cut off from all human contact, you know someone who knows someone who, it turns out, knows someone else.

The key to success is to be aware of this and take advantage of that window of opportunity that life provides, which we all have equal access to: the ability to make the conscious decision to develop the network you have. That means taking the appropriate measures to develop new contacts, as well as maintaining contact with the people you have already met – even if only at a distance or on a sporadic basis – in order to integrate and retain them in your ‘circle of connections’.

My wife and I can both recall the hours upon hours we spent writing Christmas cards in the early 2000s. I printed hundreds of them each December, going through my entire Rolodex and all the business cards I’d picked up throughout the year. I wrote a personalized notes for almost every person I knew. I didn’t leave anyone out, in the spirit of the American proverb: ‘Be nice to people on your way up because you might meet them again on your way back down.’ Florence labored away helping me stuff envelopes; I obviously couldn’t afford to pay an assistant.

Don’t forget, a network works both ways. It’s never a one-way street. To keep it alive, you must be able, or at least willing, to give something back in return. If you think you can simply take and ask for favors without giving anything back, your network will eventually reject you. The exchange of gifts and counter-gifts has formed the cornerstone of human societies since their very beginnings. At the dawn of the twentieth century, the father of modern anthropology, Marcel Mauss, devoted several studies to what he called a social contract based on reciprocity, the very basis of a person’s membership in society. If I give something to you, I know you will one day reciprocate. It doesn’t matter when – it might not be today or tomorrow. What is important is that I will ask you for help and you will be there to answer the call. This reciprocal exchange, even if only potential, reinforces our connection. Together, we form a community – a society.

Approaching potential clients for A2X, I turned this dynamic on its head. My survival depended on them, but in demonstrating the disruptive power the internet would soon unleash upon the world, I convinced them that they needed me.

The world was in crisis when I was developing Phonevalley. Nobody would listen when I tried to explain that mobile phones were the future, so I went back to basics and reached out to my network. I excavated my HEC alumni directory – in paper format – and scoured it for names, sending out hundreds of emails. I received very few responses, but the ones I did receive were very helpful. I think particularly of Vianney Mulliez, who saw my project’s potential for supermarket chain Auchan, the fourth-largest retailer in the world, and put me in touch with the relevant person at the company. What does it matter that all the others didn’t reply?

Don’t be afraid of turning to your network. After all, you miss all the shots you don’t take. But keep in mind, it is important to reach out to the right network.

Take Bill Gates’ network and your network, for example, they are two different entities, operating on different levels. It’s only natural that you’re attracted to networks higher up on the ladder than your own, but be wary of aiming too high, too soon – you might miss out on the opportunities your own network has to offer. Rest assured; you will reach the top one day. But start by climbing rung by rung. Nobody jumps from the little league straight to the majors.

Aim for the next rung right above you. Meetups – speed-dating for the professional world – bring together people from similar levels, making them a very effective form of networking. They provide the setting for individuals to strengthen their networks, even with just two or three additional contacts. Are you an early-stage entrepreneur? If so, you might meet people established in business for two or three years, sometimes longer. Cast a wide net and prioritize quantity at first; quality will take care of itself later. You probably won’t meet Jeff Bezos, but what would you really stand to gain from that anyway? He’s not the one who will help you grow stronger – there are too many degrees of separation between you.

And finally, define your objectives before you reach out to your network. What favor are you going to ask? Don’t ask for the impossible – even if you do, you won’t get it. What about helping raise funds, establishing partnerships, increasing awareness of your brand or winning clients? Your request must be well-formulated, attainable, and attractive. Be careful what you ask for because you’ll never get a second chance to make your case. Don’t go overboard – if you reach too high, you might end up like Icarus who flew too close to the sun.

I sometimes receive astounding emails from people who consider me part of their network because of a brief exchange at one of my conferences. Take the young president of a small local charity, for example, who asked me to help him out by paying him a monthly salary. That type of move takes confidence – I’ll give him that much!

*adapted from “Mission Possible : How to Build a Business for our Times“ (Jan 2023) 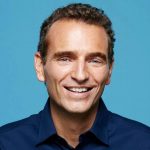 Alexandre Mars is the Founder & CEO of Blisce, an investment firm committed to investing differently (Spotify, Pinterest, Headspace Health, Too Good To Go and Brut). In 2014, he created Epic Foundation, a global foundation that seeks to empower and protect children, youth and our planet. He is author of “Mission Possible: How to Build a Business for our Times“.