by Christopher Volk, author of “The Value Equation: A Business Guide to Wealth Creation for Entrepreneurs, Leaders & Investors”

In 1989, Daymond John began to sell headwear, and then shirts branded with his company’s name, FUBU, which stands for “For Us By Us.” Early on in this endeavor, Daymond’s mother taught him to sew, and when he received his first big orders for $300,000 from a single Las Vegas retailer convention in 1994, he returned to their home to set up production. But he needed cash to pay for the means of production — sewing machines, fabric, employees. With orders in hand, Daymond approached banks to obtain a loan, and was declined 26 times. So, he and his mother took out a $120,000 mortgage on their house to enable him to acquire the eight sewing machines and the material he needed to fulfil his orders.

The money Daymond had borrowed was sufficient to fulfill his order and make a decent profit, but having done so, he was virtually broke — and new orders were coming in. He had failed to factor in the need to pay in advance for his material, which took 120 days to arrive from overseas. To add to his challenge, he had to deal with the delay in cash flow arising from the manufacturing time. The ultimate cash flow pain point was the 120-day payment terms he offered his retailers. As a result, his liquidity had to accommodate a revenue cycle that spanned more than 240 days, not to mention the growth he was experiencing from new orders. In desperation, with just $500 left in his bank account and no banks to assist him, he took out an ad in The New York Times that said, “A million dollars in orders. Need Financing.” Fortunately, someone at Samsung Americas textile division saw and answered the advertisement, helping avert a financial disaster. Over the next 25 years, Daymond John’s companies sold $6 billion in clothing, and he became a nationwide celebrity on the cast of the syndicated reality show Shark Tank.

When looking back on his self-taught experience as an entrepreneur, Daymond wishes that he had started FUBU with a greater degree of financial literacy. His first big financial lesson, which nearly cost him his business, was this: “What Is Business Investment?”

It is common for people to think of business investment as chiefly plant and equipment. Such a notion is also somewhat consistent with accounting terminology, where assets are divided between those that are “long-term” and those that are “short-term,” or “current.” When I ask students to define business investment, they think predominantly of long-term assets, such as real estate or machinery. Daymond John knew investment to be more than this. He had eight sewing machines. But then he also had to purchase the fabric and pay the eight tailors to sew his garments. In accounting terms, both these costs together would be included in inventory.

So, Daymond knew he had to make inventory and equipment purchases. However, he had to tie up his cash in raw material inventory for 120 days before he took possession of it. In accounting terms, that would be a deposit. This meant that, while waiting for the fabric to arrive, he would still have to carry some operating costs. And, once the completed garments shipped, he would have to wait another 120 days to be paid. In accounting terms, that would be classified as an account receivable. So, altogether, the business investment needed to operate FUBU on an ongoing basis included five major components:

The last business investment component is cash, which is needed to absorb start-up costs like general and administrative costs, utilities, and other operating costs to be borne prior to the receipt of revenues. Cash is also a good thing to have in case of unforeseen expenses or delays in the corporate cash flow cycle caused by elevated levels of inventory or delays in accounts receivable collection. All good business plans need to have margins for error, and the most important margin of error insurance is centered in liquidity access.

If, for the sake of argument, Daymond John fulfilled nothing but this one-time order for his product, then the business investment would be effectively liquidated as the deposits went away upon inventory receipt, the inventory vanished upon its sale, and the receivables likewise disappeared upon their collection. Effectively, the company would profitably liquidate as the cash flow cycle played out. However, over time, FUBU received and fulfilled many orders, and went on to achieve sales of $350 million within a decade. These investments not only recurred but grew far larger over time.

Daymond needed money to carry these five major investment components that comprised his business investment. As FUBU grew and achieved success, the relative amount of business investment required would be expected to decrease, and the company’s liquidity would increase. That is because the sellers of fabric would be less likely to require deposits from a success- ful and proven company. In fact, they might have offered payment terms for the fabric. Accounts payable to vendors are a reduction from business investment because they are unsecured claims on a busi-ness and often cost nothing. The vendor gives you title to the fabric in exchange for an unsecured, often free, obligation to pay at a later date.

With success would also come bankability, which would allow the company to have banks provide letters of credit that would guarantee vendor payments without tying up company cash.

Finally, there is often the potential for businesses to radically alter their operating model. For instance, had Daymond John been able to have the seller of the fabric also fabricate the garments, deliver them to him, wait for payment, and have his customers agree to pay faster, he would have had greatly improved liquidity, together with less invested in sewing machines and staffing.

In essence, he would have adopted an “asset light” operating model that would require even less corporate liquidity, with fixed overhead and equipment costs transformed into less risky variable expenditures. Operating model creativity entails considering such options and exploring their feasibility to improve business model efficiency that can elevate the potential for value creation.

*Excerpted with permission from the publisher, Wiley, from The Value Equation by Christopher H. Volk. Copyright © 2022 by John Wiley & Sons, Inc. All rights reserved. This book is available wherever books and eBooks are sold. 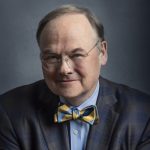 Christopher Volk, author of “The Value Equation“, has been instrumental in leading and publicly listing three successful companies, two of which he co-founded. The most recent is STORE Capital (NYSE: “STOR”) where he served as founding chief executive officer and then as executive chairman. Volk, who has written about corporate finance since early in his career, is a regional winner of EYs’ Entrepreneur of the Year award.