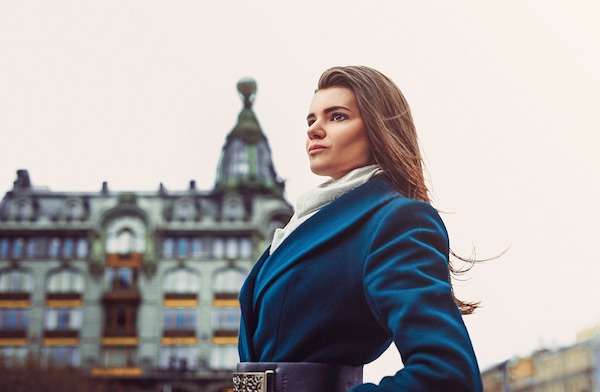 by Vicky Oliver, author of “Live Like a Millionaire (Without Having to Be One)“

The office wardrobe is back in play after several months of lounging in sweat pants and pajamas. And while the extent to which workwear leans casual or formal tends to reflect the industry — and even the particular company — in which you work, it’s important to stay within the boundaries established as the norm. Your organization may not have a dress code per se, but look around you and you’ll easily discern who’s conforming and who’s an outlier.

The conventions around dressing for success no longer necessarily mean donning a monotone suit, crisp shirt (or blouse), and appropriately discreet tie or scarf in order to look the professional part. Traditionally, the idea was to emulate those in the position you hoped to attain. The tech industry changed all that. Hoodies, ball caps, cargo shorts, sundresses and overalls make up the attire of the Silicon Valley office workers. Here, dressing for success means only that your clothes aren’t rumpled, dirty, or frayed. On the other hand, overdressing in more formal attire could signal that you don’t belong — including at the upper management level.

Even before the pandemic, an estimated 79 percent of workers in the U.S. dressed casually — and one-third of workers were resistant enough to formal attire that they’d turn down a job where it was required. Nevertheless, if you’re working in an office with a liberal or seemingly nonexistent dress code, it’s still important to stay within unspoken norms.

Here’s how to conform even when it appears your office dress code is non-conforming:

Stand out in the right way.

Garish prints and colors that are more suited to a beach cover-up or a Reggae concert will make you stand out — but not in a good way. Try to display your fashion flair in a less jarring way, perhaps with an exotic headband, a leather bracelet, or even distinctive glasses frames.

Women’s ankle-length skirts, even with a substantial slit, are out of fashion in the workplace. At the same time, beware the short skirt that shows too much thigh when you’re seated. Shoot for knee-length, or just below, when standing. Some say that skirt length could even equate to how competent women are perceived.

It should go without saying that wearing the same outfit over and over shows coworkers that you’re either exceptionally frugal, incredibly lazy, or completely lacking in imagination. Even if you have a signature piece — a favorite pair of pants or a jacket in your power color — make sure to switch out what you pair it with.

Know what’s taboo before getting piercings or tattoos.

If you and your buddy want to mark your wild weekend adventure with matching cuff tattoos, think twice. If no one else at the office sports visible tattoos, eyebrow piercings, purple streaks in their hair or other fashion statements that can’t be hidden at the office, this could prove to be a reputation-tarnishing decision.

Keep outdated clothing in the back of your closet.

Those favorite garments you’ve saved from your past have no place at the workplace. Refrain from sporting that out-of-fashion suede vest or vintage dress during office hours. Pull them out solely for the office Halloween party.

Those giant earrings that clink on the phone or the cluster of bracelets that jangle as you type will annoy those around you. So will the dangling key chain attached to your belt loop. Avoid any oversize or loud accoutrements. And, while wearing headphones may dampen the clatter, they’ll mark you as checked out from the team. (If you insist on wearing headphones, then make a special effort to show that you are still engaged. Maybe only don them for two hours a day or during a particular busy period.)

It goes without saying — but I’ll say it — halter tops, spaghetti straps, and showing cleavage expose you as an amateur. Dressing too casually or provocatively will harm your office cred. Summon your inner professional. Skin-tight dresses that hug the body and yoga tops should only be worn under sweaters or jackets. Even on casual Fridays, dispense with torn T-shirts and baggy sweats. Worn sandals and boat shoes with holes may scream that you need a raise, but in a bad way.

Work out classes before the day starts or commuting to the office via bicycle are healthy habits, but don’t make your co-workers pay the price by subjecting them to foul body odor. If you hit the gym before you review those spreadsheets, be sure you build in the time to shower afterwards. If you bike to the office, pack a kit with deodorant. Cologne does not cover poor hygiene as much as you may think.

In today’s more casual workplaces, dressing for success means showing that you can accurately assess and align with the unspoken rules of your organization’s dress culture. But even if your manager and CEO outfit themselves like they’re heading to a ballgame, lean toward a more professional look. The trick is to fit in by not overdressing or underdressing, but by dressing in a way that signals you care to be taken seriously and that your ambitions tilt upward.

Vicky Oliver is a leading career development expert and the multi-best-selling author of five books, including “Live Like a Millionaire (Without Having to Be One)“, “301 Smart Answers to Tough Interview Questions“, and “Bad Bosses, Crazy Coworkers, and Other Office Idiots“. She is a sought-after speaker and seminar presenter and a popular media source, having made over 901 appearances in broadcast, print, and online outlets.

Companies Must Focus On Growth, Not Recession