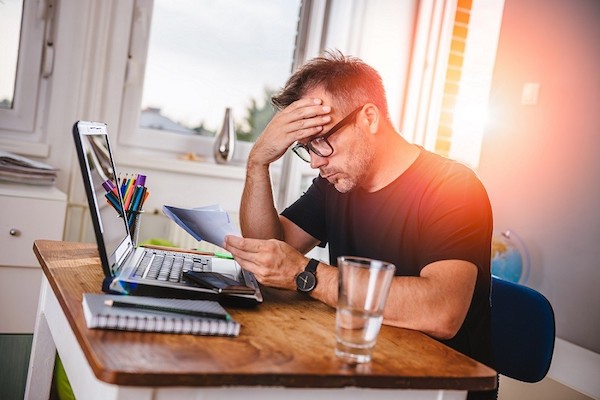 I was absent eighty-three days of my senior year of high school, but I didn’t spend that time sleeping in and slacking off. I spent most of that time out on sales calls.

My freshman year, I started building websites. They were terrible, but I kept at it, reading and learning and experimenting. By the time my senior year rolled around, I was significantly better at the craft. So much so that I thought I could make some money selling my services. This thought was greatly buoyed by lurking around “internet marketing” forums, learning about business models, search engine optimization, sales pitches, “make money online” schemes, and more.

I remember the thrill of the discovery, the jubilation at the thought of my earning potential, and the absolute certainty I felt that this is what my life-path would be: I was going to be a success story, and an all the more impressive one because of my age.

Everything worked… until it didn’t.

After school, I would hit the phones. I cold-called businesses in a twenty-mile radius, pitching my services as a web designer. I didn’t try to sell the website over the phone; I made appointments with the business owner to meet the next day or later in the week. I skipped school to attend those meetings.

(Was that a problem? For me, no. I still graduated with honors. That’s not what this story is about, though it is probably a bad idea for most people, if not all).

Dozens and dozens of appointments, dozens and dozens of pitches. Most business owners were mildly amused that a young guy like me was telling them I could help their business; some were annoyed or even angry, and probably for good reason.

Surprisingly, some even bought what I was selling.

That was the problem.

Looking back, I think many of these sales occurred because the business owners were generous. If you’re a young entrepreneur, you’ll likely experience the same thing. The fact of the matter is, if you’re put together, professional, and if you have an inkling of competence, some people will be willing to take a chance on you.

That could be a problem, because when they do, you have to deliver.

For many of the sales, I was able to deliver. The business owners were happy enough with the finished product, especially for the price they paid. I was cheap, and I should’ve been – not one of those websites would hold up to today’s standards. I simply wasn’t good enough.

For others, I wasn’t able to deliver at all.

I remember one sale in particular. A radio station had agreed to pay me $2,000 per month to build and manage their new website. A radio station – and quite a large one. I was in high school, for pete’s sake, and only had a few years of learn-it-all-yourself website design experience. What were they thinking? And for that matter, what was I? After three months and one extremely awkward and depressing conversation, I stopped showing up to the station to collect my monthly check.

It was a gut-punch. However, it was well-deserved.

Why do you want to be in business? If you’re young, you probably have the wrong answer.

In about four months, I’d made some real money selling those websites. Enough that I was able to move out of my parents’ house and rent my own duplex apartment. That was in December of my senior year.

Naturally, I became pretty infamous in my school. I had the party spot. And party, we did.

I vividly remember my goals at the time. I wanted to take my friends on an all-expense-paid vacation to Jamaica. You can probably guess why. I wanted to buy a brand-new Mustang, and almost did (thankfully, an older friend talked me out of it). I wanted to rent a couple billboards around town to advertise my services, though if I’m being honest with myself, what I really wanted was for people to know that I was a business owner, regardless of if I got more sales out of it or not. I wanted the appearance of being successful. I wanted the accolades of being a young success story. I wanted the story I was telling myself to be real.

None of that happened, and within six months, I was broke.

Money and success are by-products, not goals. Really.

Gradually, websites didn’t get delivered. Those that did weren’t good enough, even at my low standards at the time. Others that were already built started breaking down. I stopped picking up the phone to get new sales; hell, I stopped answering it to service the sales I’d already made.

I didn’t become the success story I thought I’d be. I failed, and I failed hard.

It happens faster and easier than you think, especially with young people. In our young age, we’re all aspirations and dreams. We don’t stop to think if we truly deserve those things or not.

No matter what business you’re in or trying to get into, ask yourself if you can deliver. If you sell a product, is that product the best it could be? Does your customer get out of it what you promise? If you perform a service, are you truly competent at that service, or are you just good for your age?

You’ll learn that there are no kid gloves when it comes to business.

A lesson well-deserved and well-taken.

As for me, it took a while to learn that lesson. I had to move back in with my parents and give up everything I’d achieved. It was humiliating, but it didn’t last long. Within a year, I was back to working on my dream. This time, I focused on what I could provide instead of what I could get in return.

Ten years later, I’m still in business. I do one thing really, really well, and people pay me a premium for that service.

We both leave happy after that exchange.

If I could give any advice to my younger self, it would be this: that’s the goal. 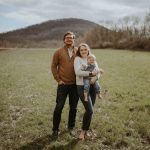 Jesse Kemmerer is the owner of Local Sight, a company that builds websites that make the phone ring. He has been building websites and marketing campaigns for local businesses big and small for the past decade. When not working, he can be found at his computer contemplating (and hopefully writing) his latest short story.