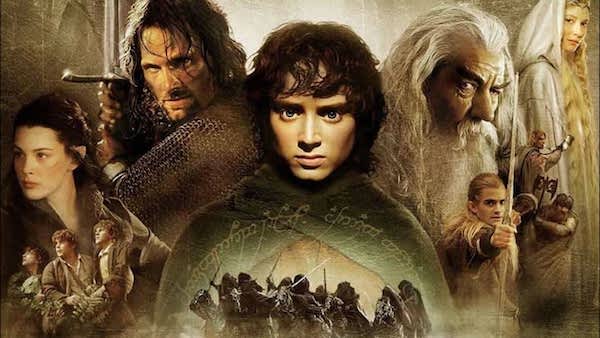 by Soon Yu and Dave Birss, co-authors of “Friction: Adding Value by Making People Work for It“

I’m sure you’re familiar with the goal of the Lord of the Rings books. It’s a journey to destroy that damn ring. We apologize if that’s a spoiler for any of you.

How they handled this task was decided by representatives of the different councils at an offsite in Rivendell. And they made some spectacularly stupid decisions.

First of all, they chose the wrong people. Frodo Baggins and Samwise Gamgee – the Hobbits – were small, weak, and terribly naive about the world they inhabited. Yet, out of all the people who could have taken on the mission, they were the ones chosen.

They were dispatched on a year-long route through Middle Earth that subjected them to unnecessary risks on the way to destroy the ring in Mount Doom. The hobbits ended up fighting goblins, being attacked by ghost kings, meeting fire demons, being strung up by gargantuan spiders, and all sorts of other unfortunate events.

If we had facilitated the brainstorming session at Rivendell, we’re pretty sure it would have gone quite differently. The Hobbits probably wouldn’t have made it into the discussions at all.

Instead, we’d probably have given the ring to the Middle Earth equivalent of FedEx. By that, we mean the giant eagles who could have flown directly to Mount Doom and done the deed in an afternoon.

Simple. Frictionless. The job would be completed with a minimal amount of effort.

The story wouldn’t have been engaging. It wouldn’t have become a literary classic. And it would never have led to the highly successful movie franchise (and a boost in New Zealand’s tourism figures).

If you want to engage people, you need them to be invested. You do that by adding friction that must be resolved. In the case of Lord of the Rings, as viewers or readers, we vicariously experience the dopamine, oxytocin, serotonin, and endorphin highs of the characters as we follow along.

In July 2008, The Dark Knight was released in cinemas to great critical acclaim. But for more than a year before its release, a group of mega-fans went through their own adventure, the culmination of which was the film itself.

It started at Comic-Con in San Diego in 2007. As costumed masses thronged the halls of the conference center, the promotions team was busily at work. They had created $11,000 of joker dollars. These were regular-looking dollar bills that had a jokerfied face of George Washington and the words “why so serious?”

They distributed these bills so that people got them in their change when they bought merchandise. And they made sure that anyone who appeared to be a Batman fanatic got their hands on one.

There was no web address or call to action on the Joker dollars. But this was a smart audience. They quickly worked out that if you typed “why so serious?” into a search engine, you’d find the same image of a defaced George Washington along with a message inviting them to join the Joker’s army, a GPS location, and a time.

This location was near the San Diego Convention Center, and when the time came, quite a crowd gathered, unsure of what to expect. But the word had already gotten out to the online community of Bat-fans. So along with the people attending in person, an incredible 650,000 devotees were glued to their computers to watch the action unfold online.

As the gathered crowd looked up, they gasped as a phone number was written in the sky by some passing jets. Without hesitation, they all whipped out their handsets to call the number.

They were met with a gruesome recording of a hostage situation where a victim begged not to die. Then the message invited them to meet the perpetrators of this horrific crime.

At this point, SWAT vans screeched to a halt across the street, where costumed villains were on hand to apply Joker-style makeup to the hundreds of people in the crowd.

These recruits were sent on a scavenger hunt around Comic-Con, with instructions to perform a number of mischievous tasks to prove their allegiance to the Joker. Mayhem ensued before a crowd member was kidnapped, and the story entered a new phase.

This might seem like a lot. But it was just the beginning of a year-long adventure for the most loyal Batman fans.

They formed a community where they tried to make sense of clues and solve puzzles. They embarked on adventures, including picking up cakes from local bakers that had phones hidden on the inside. They went on real-world missions, dressed up in Joker makeup.

By the time the film was released, they were stirred up into a frenzy.

The film went on to become the highest-grossing film of the year, beating Iron Man by a mile.

This might seem like a lot. But it was just the beginning of a year-long adventure for the most loyal Batman fans.

Getting this level of engagement from an audience is no mean feat. And there are lots of lessons we can learn from what they did.

First of all, they targeted a passionate audience. These are people with the motivation to put in more effort. It wouldn’t have worked if they’d aimed it at the everyday masses. Because it’s hard to activate ambivalent people.

Next, they set them challenges. That means they created a cost to get involved. So they ended up with the most invested individuals because they had skin in the game.

The challenges created a sunk cost investment that only increased their audience’s commitment to the task over time. Instead of a drop-off, the activity ended up attracting more people who wanted in on the action.

They regularly supplied their audience with surprises, which is a great way to keep people on their toes and stop them from taking things for granted.

They had a series of once-in-a-lifetime rewards that only the most dedicated individuals were likely to get. Meanwhile, everyone got the general reward of being involved in one of their favorite story franchises.

Finally, they encouraged ongoing conversation among the group, who often had to collaborate to solve challenges.

These are all happy chemical generators, which makes all the effort demanded by the activity worthwhile.

*excerpted from “Friction: Adding Value by Making People Work for It“ 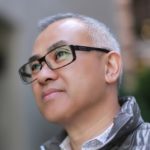 Soon Yu is an international speaker, award-winning author, and expert on innovation, branding, design, and entrepreneurship. He most recently served as the Global VP of Innovation and Officer at VF Corporation, parent organization to over 30 global apparel companies, including The North Face, Vans, Timberland, Nautica and Wrangler. He is the author, alongside Dave Birss, of Friction: Adding Value by Making People Work for It. 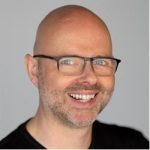 Dave Birss is a popular creativity speaker who spends his time helping individuals and organizations get to better ideas. He’s a former advertising creative director who spent 20 years of his life coming up with marketing concepts for the world’s biggest brands. Now he travels the globe explaining how to have more effective ideas.