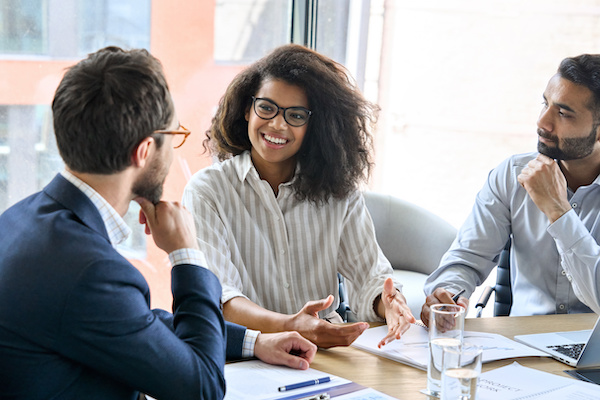 Four years ago, when I was practicing at a large, international law firm, I was assigned a new client with a massive European presence, particularly in Germany. As the associate attorney assigned to this client – a large producer and distributor of poultry – one of the first matters I handled was the negotiation of a contract for the importation of whole chickens to Germany. Thrilling, I know.

In any event, as the negotiation unfolded, things turned contentious around some of the terms surrounding what types of chicken would be imported. My German counterparts started including German words in our agreement drafted wholly in English, claiming that German-to-English translation is an art, not a science, and there were not synonymous terms in English for what they wanted.

We reluctantly agreed, and after the fact discovered from a translator that we had been somewhat duped based on the final, agreed upon terms. The broiler chickens we thought we had agreed to deliver, weren’t the same understood size as the broilers they had required. Again, thrilling stuff. In the end, there was no harm caused by the translation mix up, though it did bother me to no end that we had been taken – all because I couldn’t speak a second language.

Following this ordeal, I set a goal for myself to become fluent in German. Now, don’t get me wrong. I knew perfectly well that learning one language like German wouldn’t make a massive difference in terms of my practice as an attorney, as it could just as easily be French or Italian the next time. And I knew I would never be able to speak German as well as my Bavarian counterparts spoke English. After all, they had been learning English since they were five years old. But as a monolingual person, I nonetheless felt ignorant and wanted to add a usable skill. So I started learning German.

Learning a foreign language as an adult is tough. And it’s especially hard if you don’t live in that country, immersed in the language day and night. Regardless, I made significant progress quickly through a three-pronged approach.

First, I used German language learning apps like crazy. During my commute to and from work, I listened to audio lessons. When I took a lunch break, I would complete interactive drills and quizzes on the mobile app. When I had five minute breaks, I would catch up on vocabulary review. I just hammered the two different apps I subscribed to and essentially replaced my garbage phone time (i.e. social media) with language learning apps.

Second, I started labeling stuff around my house. I’d slap post-it notes all over the place, showing what the German word was for something in bright yellow, so I saw it every time I walked by or picked it up.

Lastly, I devoured YouTube videos. I personally can’t stand mass influencer type channels on YouTube, but I have to admit that YouTube is an insanely good resource for free content. Some content, especially from language-based channels, is awesome for picking up the basics and being exposed to the language. I would sit around at night after dinner, and rather than watching some god awful Netflix series with my wife, I’d chew through an hour of German YouTube videos.

And that was it. Learning apps, a million post-its, and YouTube. Really. Within a year of starting, I was fluent at an intermediate level and could hold conversations. Honestly, it shocked me how good I got, exceeding my own expectations. Not to mention, since then, we’ve spent a total of five weeks in Germany over the course of a couple vacations, practicing and working on my skills.

As mentioned, I had no delusions that learning to speak German would have a significant impact in my direct, day-to-day work. And in fact, I’ve only used German once in a work setting since I started learning.

But that isn’t to say others wouldn’t directly benefit by learning a language they actually would use. For example, if you work in a client or customer facing profession where you interact with a large number of people that speak a second language (like Spanish), it could be massively helpful in a direct sense.

More personal to me, though I haven’t actually used my German that much, it did help me secure a small raise based on my employer’s perceived value of this skill. Many companies offer compensation increases and perks to those that speak multiple languages – especially in organizations that maintain international operations. That was a nice benefit that helped fund some of my trips to Germany.

In the end though, if I am being honest with myself, the benefits of learning German were more intangible in nature. For one, learning a second language has made me a better multitasker. Because your brain has to work in parallel as you speak a second language, translating between languages, you develop an improved ability to handle multiple things at once.

It is almost as if the ability to multitask is a muscle that needs exercising, and using a second language works it consistently, making it stronger. I have no idea if that’s backed by science, or the way I’ve simply perceived it, but I know it has made me a better multitasker, offering true productivity benefits at work.

Separately, it got me off social media, which in turn helped me to become more focused on my career. By swapping out daily social usage for language apps, I stopped craving my feeds and checking Instagram every 10 minutes. And once you realize how trivial that stuff really is, you tend to focus more on the important stuff – professional development, career trajectory, and of course family, friends, etc. (in no particular order).

In short, learning German helped to sharpen my cognitive skills, earned me a pay bump, and got me refocused on career-oriented matters. I can’t guarantee that learning to speak to a second language will provide everyone the same sorts of career benefits, but I know one thing – it won’t hurt. 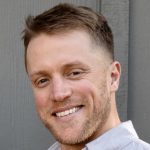