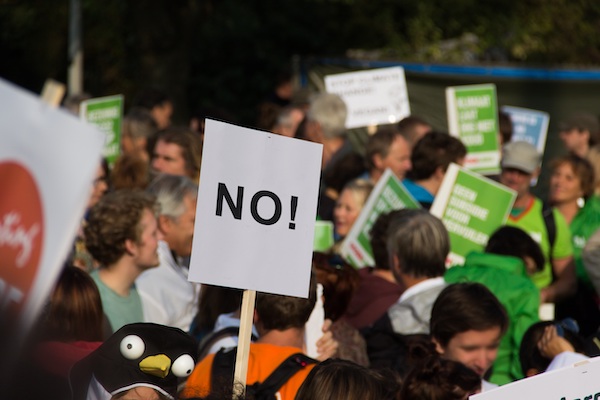 The antiwork movement – as it’s been coined on Reddit and propagated in other media outlets – can best be defined by a list of complaints and demands that stem from perceived mistreatment at the workplace.

Despite what its name may suggest, the movement is not opposed to work, but rather it opposes inequality, workplace harassment, poor work conditions, and other such abuses. This movement is having repercussions throughout the labor market. To get a sense of what ways it is likely to affect future hiring practices and what job seekers can glean from the movement, take a look at antiwork sentiment according to Lensa.

In this short article, we’ll take a closer look at the factors that have spurred on the antiwork movement, what exactly it consists of, and the repercussions that can be expected to be felt through the labor market in general.

The Antiwork Movement – What Does It Stand For?

In a nutshell, the antiwork movement consists of employees calling out their employers for workplace abuses. This mirrors – and has undoubtedly been influenced by – the recent #metoo movement which sought to expose sexual harassment, namely in the entertainment industry but also across all walks of life.

While some employers have sought to turn the great resignation into a great employee retention strategy, others have been far less magnanimous. Nowadays, whichever road employers go down, their actions will be brought to light. The antiwork movement, thus, seeks to hold companies responsible for their actions by exposing their abuses and creating a support community for workers who have been treated badly.

There is an adage in politics: You get the government you tolerate. Likewise, the antiwork movement seeks to encourage (if not demand) more from companies and employers by simply tolerating less from them.

The Antiwork Movement – Why Now?

For every action, there is an equal and opposite reaction. This is Newton’s Third Law of Motion. And while it was coined to explain properties of physics, it has been extrapolated to describe everything from relationships and social dynamics and even trends in the labor market.

Hustle Culture is “A Hustle”

It should come as no surprise, then, that we have been seeing pushback in recent years from workers who feel they’re being exploited by their employers and by the labor market in general. Part of this can be explained as a reaction to “hustle culture” or the gig economy workers have been subjected to.

The term “hustle culture” really started taking off following the economic crisis of 2008. This crisis saw millions of workers lose their jobs. And for those fortunate enough to retain their jobs, many of them saw a significant dip in their spending power. This phenomenon coincided with the introduction of apps and online platforms that allowed people to work remotely (meaning they could keep their job and supplement their income with another activity – a “side hustle” – when they were at home.

The combination of these factors created an environment where people were working more and earning less per hour. Yet there was a way to compensate for this dip in wages – work more hours; hence “hustle culture” was born.

This trend of substituting full-time jobs with punctual tasks places workers in a state of precarity, expecting them to work more with less job security and fewer opportunities for advancement.

Over the past 10 years or so, we have seen a boom in what is called “gamification”. The concept of gamification is to break down a process into reward-based tasks and then introduce levels of difficulty in an incremental fashion. Gamification has been introduced – largely thanks to the advent of apps –  in schools to make learning more fun and in the workplace to increase employee engagement.

While many companies have, indeed, seen a rise in employee engagement thanks to gamification strategies, we have also seen some negative unintended consequences brought on by the implementation of this concept.

According to the precepts of gamification, when an employee successfully completes a set of tasks in a pre-determined amount of time, what should follow is an increase in difficulty: more tasks are completed in less time. When this concept is checked and is contained within reasonable limits, it is meant to further incentivize the employee to try harder and achieve greater.

However, the philosophy behind this principle, when it is not contained, can seep into other aspects of the workplace and can lead to what workers perceive to be exploitation.

Social Media Giving a Voice to the Otherwise Voiceless

Not that long ago, disgruntled workers had few venues – if any at all – where they could voice their complaints. The internet – social media platforms and sites such as Reddit – has changed all that. Nowadays, it is relatively easy for workers to post about their bad experiences at work. When one person comes forward with their experience, this invariably spurs another person who has suffered a similar misfortune to share their experience. Once the first domino has fallen, it doesn’t take long before we have a veritable popular uprising.

What we are seeing on social media which has taken on the banner “Antiwork”, simply couldn’t have existed 15 years ago – at least not at this speed and not at this rate of growth.

The antiwork movement isn’t about salaries. What today’s job seekers really want is, in part, a better work-life balance, respect, and opportunities for growth.

Much like the #metoo movement that it mirrors, the success of the antiwork movement will depend in large part on the solidarity of its members (the workers) and the reaction of the consumers. Employers are unlikely to make the changes that are demanded of them unless it affects their bottom line and/or their ability to recruit.

Reddit threads such as “antiwork” and job search platforms such as Glassdoor, indeed, and Lensa can get the message out about which companies are taking advantage of their workers and which companies treat their workers well. However, unless employees and job seekers stick together – in collaboration with a reaction from consumers – it is unlikely we will see significant progress made.