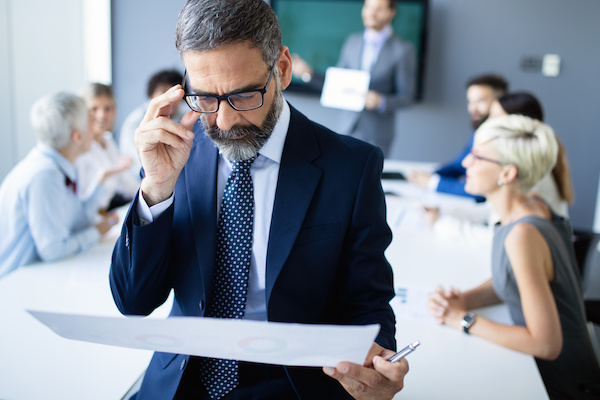 by Peter Docker, author of “Leading From The Jumpseat: How to Create Extraordinary Opportunities by Handing Over Control“

I had completed a workshop session for a large group in Melbourne, Australia, and it was time to catch my flight to Sydney to prepare for my next event. Unfortunately, when I arrived at the airport, I was faced with a scene of chaos.

It was Friday night, and several thousand passengers were anxious to get home to Sydney. Many people commute between the two cities during the working week, and there are plenty of airlines more than happy to accommodate them. Only on this Friday, all the aircraft heading to Sydney had ground to a halt. A large belt of thunderstorms was sweeping across the east coast of the country, and all departures to the city had been held.

As the delays mounted, more and more flights started to get cancelled. Frustrated passengers clambered to switch to flights still showing as active, and tempers began to flare as heated exchanges took place with the gate agents and airline representatives. What made it worse was that the weather in Melbourne seemed fine, so the reason for the disruption was not immediately obvious.

It had been a long day, and I decided to just settle back and put my trust in the airline gods that my flight would eventually be called. Remarkably, after a delay of about three hours, I saw the information screen change to “Boarding now”, and I soon found myself sitting on the front row of the Qantas Boeing 737, watching all the other passengers come aboard.

I didn’t envy the senior flight attendant. The mood at the departure gate had been pretty ugly, and he was about to have an aircraft packed full of largely tetchy, tired, and impatient bodies, who were in no mood for any further hold-ups. I know from a pilot’s perspective how frustrating and unpredictable weather delays can be, but generally I would be safely on the other side of a flight deck door. It’s the cabin crew who have to deal with passengers’ raw emotions.

What I wasn’t expecting was the masterclass I was about to witness on how who we’re being can completely shift a situation and the results that follow.

As each passenger stepped through the door, Matthew, the flight attendant, took their boarding pass and welcomed them by name. He apologized for the delay and explained why the weather at Sydney had slowed the flow of traffic. He went on to say how the captain was loading more fuel in case of any other delays during our flight because of the storms, and that he and his colleagues would do all they could to make their trip as swift and comfortable as possible.

This was not a script he was using. Matthew slightly modified what he said to each passenger, so it remained fresh for those waiting in line behind. As a family of four boarded, Matthew spotted it was the son’s seventh birthday, so he knelt down to the lad’s level, congratulated him, and promised him a treat from the snack trolley a little later.

Did Matthew need to do any of this? Not at all. Was he frustrated with the delays and just wanting to get home too? Probably. But approaching this situation with integrity, in his role as the senior flight attendant, was not only the right thing to do – it was the smart thing too. The way he was being, and how he occurred to each and every passenger, had two immediate effects.

First, the slight delay he caused at the door by chatting meant every passenger had time to get to their seat and stow their bag in a locker without disrupting fellow passengers. This prevented arguments. Second, by the time boarding was complete, the mood on the aircraft was entirely different from how it had been at the departure gate. People were smiling, being courteous and generally pleasant to one another. Matthew knew this was not only good for the passengers, it was good for him and his team of flight attendants too.

Our 90-minute flight to Sydney was extended for half an hour as air traffic control kept us in the holding pattern until the bad weather had cleared. I didn’t hear a single complaint from my fellow flyers. The cabin crew had continued to keep the atmosphere pleasant and cordial by the service they provided. I managed to take Matthew to one side during the flight and congratulate him on how he had handled what could have been a plane full of difficult passengers.

“There’s no such thing as a difficult passenger,” Matthew replied. “It’s how you respond that makes them difficult.”

Who we are being – how we occur to others – fundamentally affects the outcome of any situation. It plays a part at every level, not just when we reach a senior leadership position. When we are able to show up with integrity, and have those we lead feel we care for them, we show our humanity. It’s usually the small – to us seemingly inconsequential – moments that create the human connection we need to lift others up and have them feel heard and seen. Like the effect of the sun and the planets on the Voyager probes, we may be totally unaware of the impact we have on the lives of others and how we affect their course in life.

Whenever we sense our team is not accomplishing all that they could, it’s always worth asking ourselves as leaders, Who am I being that is causing those around me to be who they are?

*excerpted from “Leading From The Jumpseat: How to Create Extraordinary Opportunities by Handing Over Control“ 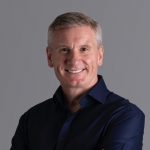 Peter Docker teaches people how to navigate the challenge of leadership. His latest book, “Leading From The Jumpseat“, delivers the message that leadership is about lifting people up and giving them the space they need so that, when the time is right, they can take the lead. Formerly a founding Igniter at Simon Sinek Inc., Peter draws on his 25-year career in the Royal Air Force, and over 14 years spent partnering with businesses around the world, to inspire others to Lead from the Jumpseat.