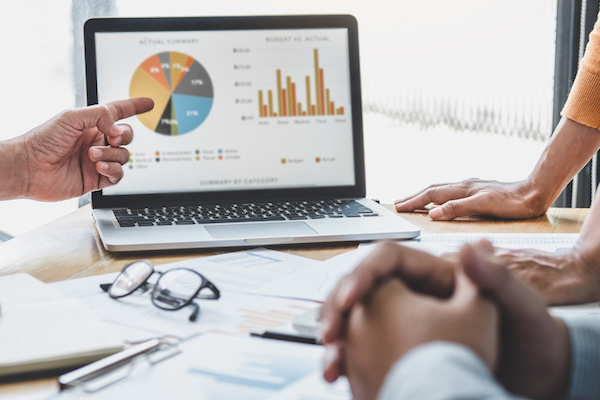 by Atul Minocha, partner at Chief Outsiders and author of “Lies, Damned Lies, and Marketing: Separate Fact from Fiction and Drive Growth“

We are all obsessed with return on investment (ROI). That’s no secret. We want to make the best use of our dollars, and we believe ROI is a simple but effective way to make good business decisions. As Peter Drucker once said, “What gets measured, gets managed.”

Unfortunately, we have somehow extended Peter Drucker’s pithy wisdom to a false corollary of “what can’t be measured is not worth managing or doing.” As a result, many companies hesitate to make decisions without access to a specific ROI.

Indeed, many businesses only feel comfortable when they can tie a specific ROI number to their marketing efforts. They insist on seeing the data before investing in anything. No data, no approval; what can’t be measured shouldn’t be done.

In my experience, though, this isn’t the best approach. You can make great decisions without ROI, and in many cases, relying solely on ROI will actually hinder your marketing efforts.

The Obsession With ROI

So why does this obsession with ROI exist in so many companies? And is it really such a bad thing?

It wasn’t so long ago that marketers, and business leaders in general, didn’t really have a way to gather direct data about their marketing efforts. Until just a few decades ago, companies had very little access to data across the board. Products were made by a factory, then distributed by a distributor, then sold to a dealer or retailer, and then sold to customers.

Beyond that first link in the chain, the company had little insight into what happened along the way. They tried to gain some visibility, of course, but the limits of technology ensured that large gaps were always present. Leaders were desperate to peer into the gaps.

And then, beginning just a few decades ago, technology began providing ways to collect data. Suddenly, companies could track things like card swipes, online clicks, and so on. Because of all the pent-up hunger for data, companies began investing heavily in acquiring and collecting any and all data they could possibly get.

It has now come to a point where companies are spending time and money collecting far more data than they can ever use in a meaningful way. “Collect it, and we will find a use for it” is the modern-day, digital version of, “If you build it, they will come.”

You Can’t Rely on Data Alone

I believe marketers and business leaders would be far better served figuring out what to do with the data before they collect it, rather than just trying to collect more and more of it. Marketers are gorging on data; instead of giving them agility over competition, it’s leaving them lethargic and dazed.

Instead of just collecting as much information as possible, use your own business objectives to identify the pieces of information that are critical. Then figure out how and where you can acquire this specific information. Once you know which data to collect, why you’re collecting it, and where you can find it, come up with an effective, ethical methodology and tool(s) for acquiring it.

We’ve become too reliant on only data. Instead of using data to inform their judgment and decision-making, marketers have started to hide behind it. They waste a vast amount of time and effort acquiring data to shield them from the responsibility and consequences of making smart decisions.

In my opinion, ROI has become just another aspect of a marketing security blanket that people want to hide behind when making decisions. For the most part, it’s the result of marketing teams fighting for a piece of the pie.

Leaders sit around a table and debate how they’re going to spend their money. As part of this, people have to justify the expenditures for their departments and projects. The engineer’s pitch is pretty easy: “Give me a million dollars, and my team will build a new product.” That makes sense. The money directly connects to a tangible outcome.

Then the CMO raises his hands and says, “I want to spend a million dollars on billboards.” It’s natural for the CFO to wonder if they would be flushing that money down the proverbial toilet. Consequently, marketers have often felt compelled to justify their expenditures in some direct way in order to receive the money they need to fund their efforts. The easiest way to do that is to tie a specific ROI to every marketing campaign.

As a result, ROI has become the way in which every marketing project is measured. The only problem is that some of the most impactful marketing campaigns can’t be readily tied to a clear ROI. In those instances, marketers are often tempted to make up numbers or, worse, to ignore great marketing ideas altogether, simply because there aren’t ROI numbers to justify them.

ROI numbers sound attractive and can easily be plugged into a spreadsheet. Unfortunately, it’s an unhealthy practice, which can become ingrained in the company. Expected return is now connected to every single marketing effort.

There are a few issues with this approach, demonstrated with a simple example. Let’s say your annual revenue is $10 million, with a contribution margin of 33 percent. In working with your CMO, you’ve come up with a growth plan to take your revenue to $13 million the following year. Your CMO has presented a reasonable-looking plan that asks for a marketing spend of $1 million to achieve this 30 percent growth in sales.

This is due to the law of diminishing returns. In most instances, the first dollar you spend on advertising will have a much greater impact than the second or the third dollar. In other words, with every dollar you spend, you will get less bang for that buck, reducing your ROI each time you add a dollar to your spend.

Thus, if you maximize ROI, your spreadsheet will want you to underspend your budget. However, you probably measure your success with sales or profit at the end of the year (or month or quarter). To maximize either of these, you will need to spend more than the level that maximizes ROI.

I want to make it clear that I’m not opposed to ROI. When it can be reasonably connected to a campaign, ROI is great. However, sometimes you have to pursue your intuition in your marketing, creating, and promoting the vision and message of your company in ways that might not be so easy to measure.

If you insist on attaching clear ROI to everything your marketing team does, you’re going to miss out on some really effective and creative ways to build brand visibility. So, don’t look for data just to hide behind it. Don’t force an ROI number into a marketing campaign.

Focus on your objectives, messaging, and positioning; trust the experience, intuition, and intelligence of your marketing team. Don’t be afraid to get a little creative. Keep in mind that the maxim often attributed to Einstein — “Not everything that counts can be counted” — applies very well in the world of marketing. 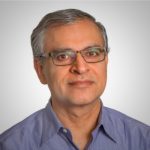 Author of “Lies, Damned Lies, and Marketing: Separate Fact from Fiction and Drive Growth” Atul Minocha is a partner at Chief Outsiders. With experience in startups and Fortune 500 companies like Honeywell, Kodak, and Toyota, Atul works in a wide range of industries, from automotive and healthcare to industrial goods and technology. He is a professor at the Hult International Business School, a mentor and an angel investor with Sierra Angels, a Vistage speaker, and a Forbes contributor.