by Areva Martin, Esq., author of “Awakening: Ladies, Leadership, and the Lies We’ve Been Told“

Last month, members of Chicago’s WGN-TV news community shared their grief on Twitter over the loss of Allison Payne, who had served as a WGN news anchor for 21 years. Posts and stories captured Allison’s commitment as a generous mentor and quietly fierce protector and advocate for the women coming up behind her.

We often hear successful women talk about lifting up other women, about “sending the corporate ladder back down” as we climb. I myself used that phrase at a conference in 2018, and news coverage of the event grabbed onto the soundbite.

But what does this phrase really mean? How much effort are we truly dedicating to advocating for the success of the next generation of women? My guess is, it’s not nearly enough.

What does it mean to have a woman be among the first to reach the C-suite or a top job — and what should it mean for the women struggling below her?

Becoming a Champion for Other Women

A woman reaching the top shouldn’t be another feel-good story in which leadership touts her as a symbol of their inclusive corporate environment. Too often, women at the top allow companies to check their diversity boxes and get back to business as usual. It’s up to us, as successful women, to reject that outcome, to recognize and realize the power and responsibility that come with our success.

Just as organizations set goals and quotas for their diversity and inclusivity efforts, we, as individual women, should have a concrete goal we aspire to when it comes to uplifting other women. Your sheer presence in a position of power doesn’t count as action. You must be intentional.

Can you identify five women you’ve helped? If not, make that your goal. If you’ve already helped five women, that’s great. Now raise your goal to 10.

2. Refuse to roll with the status quo.

The much-talked-about new television show, The Chair, depicts an academic department at an elite university as it celebrates the appointment of its first woman of color as chair. But this woman, played by Sandra Oh, soon finds that the men who made the appointment fully expect her to champion the same old stale, white, male traditions.

Did your own appointment come with strings attached? If so, you have some hard work ahead of you. Saying “yes” to that promotion means preparing for the friction that comes with going against the grain.

I didn’t personally know WGN’s Allison Payne, but it’s clear from the commentary on her death that she dedicated herself to other women’s success as much as her own, and she didn’t do so for the recognition. I’m betting she didn’t sit through lunches with her mentees recounting long stories of her own success and leave it at that. Becoming a champion is a selfless endeavor.

While I’m incredibly proud of my successes, I also recognize that I stand on the shoulders of other women. People I never met sacrificed for me to get where I am today. The tributes to Allison Payne pushed me to reflect on how I can be doing more for the next generation of women leaders. I pledge to be an active, intentional, and selfless source of advocacy for my daughters’ generation, and I can’t wait to see how they take their successes to new heights — and then send the ladder back down. 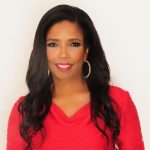 Areva Martin is one of the nation’s leading voices in the media. She currently hosts The Special Report with Areva Martin and the radio talk show Areva Martin Out Loud. A Harvard Law School graduate, Martin founded Martin & Martin, LLP, a Los Angeles–based civil rights firm, and is the CEO of Butterflly Health, Inc., a mental health technology company. She is the author of “Awakening: Ladies, Leadership, and the Lies We’ve Been Told“.