by Patricia Lenkov, author of Time’s Up: Why Boards Need To Get Diverse Now

When companies such as Dick’s Sporting Goods, Under Armour and others added more women and minorities to their boards of directors this past year, much was made of their efforts toward board diversity.

But despite gains, diversity on corporate boards continues to be the exception rather than the rule.

While people like to talk about the need for diversity, the fact remains that when board seats become available, they often go to people much like the people already on the board. Typically, that means white male CEOs and former CEOs.

Just recently, a study by the Alliance of Board Diversity and the consulting firm Deloitte showed that 82.5 percent of directors on Fortune 500 company boards are white. They also are mostly men, with women holding just slightly more than one-fourth of the board seats at 26.5 percent.

That needs to change – and not just for feel-good reasons. Research stretching back nearly 20 years tells us that one of the contributors to disappointing company results is the composition of the board of directors. Diversity can make a difference in improving those results.

As just part of the evidence, research published in the Journal of Economic Research in May 2018, which found that board diversity contributes value by providing access to a greater volume of information or skills.

Here a few ideas on how companies can increase diversity in the corporate boardroom:

The first step is for people to become aware that the lack of diversity is troublesome. It is astonishing that in 2021 we are still debating the merits of diversity in the boardroom. After years of efforts in this arena, it is still not universally accepted that boards benefit when there are divergent experiences and opinions around the table.

Ideas about what qualifies someone to be a board director need to be recalibrated. There is the lingering belief that board directors must come from the ranks of CEOs and former CEOs. While boards do need people who have managed an organization in its entirety, the harsh reality is that naming only CEOs to a board will limit the number of women and minorities who can gain a seat. That’s because the vast majority of CEOs also continue to be white men. Either more women and minorities need to become CEOs, or boards must look to other C-level positions as board candidates.

For example, most boards could use additional expertise in areas such as technology, marketing, and human capital issues. There are many ways to configure a boardroom.

Directors often keep their board seats for the long haul, blocking opportunities for new people who bring fresh ideas. Unfortunately, there is still a prevailing belief that if a director leaves a board before a decade or two, something is wrong. We do not consider the fact that the rate of change for all businesses is extreme and consequently the expertise the board needs today will change, too.

There is no easy answer for addressing this, but turnover needs to happen to clear the way for diverse board candidates. If directors can be convinced that we all have a shelf life, then board refreshment and turnover could be viewed as beneficial and essential. Stepping down means making room for new people, new ideas, and new directions.

Women and minorities are out there, climbing the corporate ladder, founding start-ups, developing complex financial models and products that save lives. They are serving as company spokespeople, drumming up sales, and designing results. It is incumbent on those of us working on board searches and with boards to embrace the value of diverse thinking. We also must expose the problems behind the mistaken belief that board-ready women and minorities are in short supply. 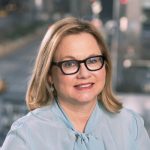 Patricia Lenkov, author of Time’s Up: Why Boards Need To Get Diverse Now, is widely regarded as a thought leader on board recruiting, corporate governance, composition, and succession. In 2008, Lenkov founded Agility Executive Search, which specializes in corporate board and senior level executive search. She left the firm from January 2019 but returned in May 2020 to run Agility 2.0.