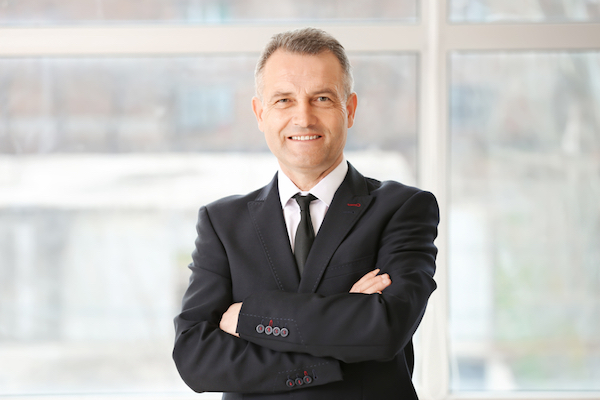 by Mario Moussa, Derek Newberry, and Greg Urban, authors of “The Culture Puzzle: Harnessing the Forces That Drive Your Organization’s Success“

Burned out? Languishing? Uncommitted? The pandemic has taken a toll on workers who feel over-Zoomed and tapped out. As they reluctantly head back to the office, how do you help them re-engage? There’s a lot to learn from Eileen Fisher and Stanley McChrystal, two leaders who excelled at creating highly engaged and effective organizational cultures during disruptive times.

Eileen Fisher, a self-described “don’t knower,” started her eponymous clothing company with a scant $350. She tended it so well that it had grown to be worth an estimated $200 million in 2020. She frankly admits her own fallibility. “I never set out to be a clothing designer,” she says. “I was an uncomfortable person, and so I wanted comfortable clothes.” That led her to buy a sewing machine she could use to make her own clothes. In her words, “it was a disaster.” Eventually, however, the business flourished to the point that she considered taking it public. “But,” she recalls, “it seemed way too complicated.”

Fisher may not have known much about a lot of things, but she did know how to cultivate a shared vision that produced a vibrant company culture, a notion that appeals to just about every CEO in today’s unsettled environment. Inspired by the book “The Circle Way: A Leader in Every Chair“, Fisher designed her meetings in a way that encouraged people to speak up. Assembled in a circle, everyone spent a moment in silence in order to center themselves; then they engaged in a conversation designed to give everyone a voice. Sometimes, those attending the meeting passed a gilded gourd to the person who wished to speak. This simple ritual engendered respect and encouraged listening. One woman said about holding the gourd in her hands, “I feel lighter. I feel humbled.” Fisher worked closely with Susan Schor, an organizational development consultant who eventually became head of the company’s People and Culture area. Schor and her teammates helped facilitate the circle meetings.  They acted “like therapists,” observed Fisher, who freely admitted to her own thirty-year history in therapy.

Schor came on the scene during a period her colleagues described as “hard times.” While the highly profitable company had made Fisher a wealthy woman, she had decided to bring in a CEO to satisfy “the need,” as Fisher put it, “for more structure.” But that move sucked out some of the vital air that had propelled the company to its great success. Schor described the new environment as “more corporate, more hierarchical, less collaborative, less caring.” Fisher herself did not disparage the new CEO. “He was a lovely guy, [but] it was the old paradigm of somebody directing the action. People would ask me, ‘Do we have to listen to him when he tells us what to do?’”

The answer was no. That was not the Fisher way. Aware of her own infallibility, she never liked telling people what to do. She preferred creating an environment where everyone makes a contribution to the vision — to make it a shared story about the direction of the company. Hilary Old, vice president for communications, put it this way: “What we’re trying to do with this different kind of leadership is to have the leader facilitate the process, so you get the team in the room together to generate the ideas together.”

It would be hard to find better advice for engaging your people as they head back to the office. Get them together and encourage them to generate ideas together for thriving in the new post-pandemic workplace.

Like the “don’t knower” Eileen Fisher, General Stanley McChrystal knew that he didn’t know it all either. To make sure his people received the air they needed to grow a new battlefield culture during a time when the Iraq war going badly, in the early 2000s, McChrystal relied on the Operations and Intelligence (O&I) brief. McChrystal did not invent O&I — military officers had been conducting such sessions for decades — but he did transform it into a method for cultivating a nonhierarchical, collaborative culture, introducing what he called “thinking out loud.” He would play back what he had just heard about an emerging situation in the field, then share his immediate thoughts about possible responses. Rather than barking out orders, he shared what he called his “logic trail.” Once he had done that, he invited his subordinates to share their own preliminary ideas about taking action. This give-and-take often included what seemed like rather dumb questions, but those dumb questions often led to brilliant insights. “Admitting openly ‘I don’t know’ was accepted, even appreciated.” He provided the space in which effective decision-making flourished. “The overall message reinforced by the O&I was that we have a problem that only we can understand and solve.”

Eschewing command-and-control edicts, Fisher and McChrystal created inspiring shared stories about working together in their organizations. Their cultures flourished.

For these leaders, crisis fired the imagination like the explosive heat of the sun and inspire a renewal of purpose for themselves and for others in their organizations. In a similar way, you should strive to take advantage of this post-crisis moment, turning what might have been an existential threat to your business into an opening for change. By inviting others to think of this transitional time as a shared challenge, you can turn it into an opportunity to reimagine and reinvigorate your organization’s culture.

Harvard’s Amy Edmondson has devoted much of her career to studying teams and organizations where both leaders and employees feel safe to admit their ignorance and vulnerability. Time and again, her research has led her to the conclusion that cultures imbued with such values accomplish amazing feats. As your people head back to the office, create an environment everyone comes together to produce their own, unique version of amazing.

*Adapted with permission from “The Culture Puzzle: Harnessing the Forces That Drive Your Organization’s Success” by Mario Moussa, Derek Newberry, and Greg Urban (Berrett-Koehler Publishers, 2021).

Mario Moussa is co-author of “The Culture Puzzle“, president of Moussa Consulting, and an Affiliated Faculty member in the College of Liberal and Professional Studies at the University of Pennsylvania. He also teaches in the School of Professional Studies at New York University and is an educator at Duke University Corporate Education. His work has been featured on NPR and in Time, Businessweek, U.S. News and World Report, Fortune, Forbes, Inc., Entrepreneur, the Economist, and the Financial Times. He is the coauthor of the bestseller The Art of Woo and Committed Teams. He received his MBA from the Wharton School and his PHD from the University of Chicago.

Derek Newberry is co-author of “The Culture Puzzle“, a Strategy Lead in Organization and Culture Design at co:collective, and an Affiliated Faculty member in the College of Liberal and Professional Studies at the University of Pennsylvania. His work has appeared in Fortune, Entrepreneur, Forbes, Quartz, and the Philadelphia Inquirer. He is the coauthor of Committed Teams. He received his BA from George Washington University and PhD in anthropology from the University of Pennsylvania.

Greg Urban is co-author of “The Culture Puzzle“, the Arthur Hobson Quinn Professor of Anthropology at the University of Pennsylvania, and the current editor of the Journal of Business Anthropology. He has authored and edited several books, including “Metaculture” and “Corporations and Citizenship“. He received his BA, MA, and PhD in anthropology from the University of Chicago.