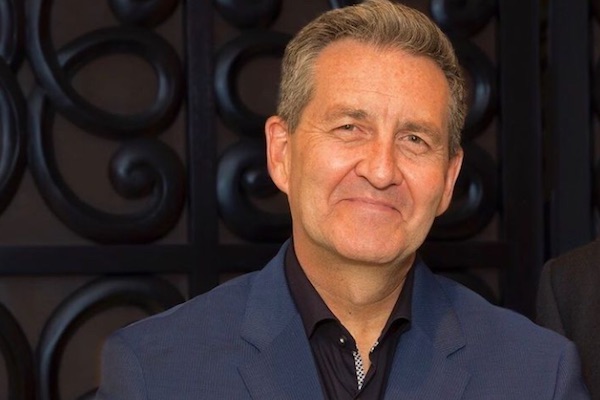 Alexei Orlov sets an extremely high bar for leaders and entrepreneurs across all industries. With over 30 years of experience in the marketing, branding, and operations arenas, the advice he reserves for others who work alongside him and across the marketing and branding activation world is precious.

From the early days of his career to his current international success, Alexei Orlov has always had a passion for thinking bigger and pushing the envelope for creative marketing solutions.

Before discovering his love for business and marketing, Orlov intended to live his life as a member of the priesthood. He felt a calling to help others as a church leader, so he marched off to seminary as any aspiring young priest would need to do to begin his journey into the cloth. However, a family emergency took him out of seminary and brought him home. Alexei Orlov’s love of seminary and his desire to continue to quest toward becoming a priest began to fade at home.

Orlov then realized that priesthood was not the right path for him. After starting a job in merchandising, he discovered that his calling was in the business world. The merchandising job required the ideal combination of operational skills and creative vision, so Orlov was happy to use both the creative and more structured parts of his brain to fulfill the needs of every job he took on.

Alexei Orlov also realized that something drew him to leadership positions. Orlov was a born entrepreneur and began building businesses very early in life. He enjoyed speaking with the CEO and client officers of each company he worked for and would often go to them specifically to discuss branding issues. These talks with the leaders of each company gave him the confidence he needed to shape his very own road to leadership.

Alexei Orlov had several successful entrepreneurial ventures early on in his career. He owned ROCQM and MCW, both of which specialized in brand strategy. These businesses sold for a significant profit after Orlov built them up.

Next, Orlov worked with Wunderman, one of the most prominent digital specialist agencies in the world. Throughout his eight-year tenure with the company, he served in several important roles, including as President of their European operations, Global COO, and Executive Vice Chairman.

During his time with Wunderman, Orlov also worked with WPP as the Global Strategic Lead. In addition, he co-led work with several major automotive clients, including Jaguar, Ford, and Land Rover.

By 2017, Alexei Orlov had extensive experience in leadership roles with companies established by others. However, he was ready to return to his passion for entrepreneurship, so he decided to part ways with Omnicom and created his own business once again.

Orlov established MTM, a boutique holding group that specializes in brand development and media. For Alexei Orlov, building this company was an opportunity to return to his roots in marketing. He could finally utilize his creative thinking again to deliver unique and successful solutions to his clients.

Orlov still holds the title of CEO with MTM. Not only does he oversee operations for his company, but he also works directly with clients as an advisor. In addition, he connects with a wide range of companies around the globe to offer his marketing expertise.

The Key to Orlov’s Success.

Alexei Orlov says that the secret to his success is making every hour count. He does not believe he has a God-given talent for marketing or entrepreneurship. Instead, he attributes his accomplishments to hard work. Orlov sleeps for four hours per night, which is enough to make him feel rested and prepared for work. He wakes up early and uses that extra time to work, and he doesn’t stop until he feels satisfied.

The other reason for his success is his willingness and desire to learn from those around him. He surrounds himself with experts who specialize in different niches, creating valuable opportunities to expand his knowledge and skills.

When MTM began acquiring other agencies, the transitions were seamless. These flawless transitions were primarily due to Orlov’s deep understanding of the central departments of each agency. In addition, because he took the time to learn and practiced the skills he teaches, Alexei Orlov knows a leader plays roles both in the company’s day-to-day operations and in the big picture.

Alexei Orlov’s leadership skills are apparent in his resume and MTM’s accomplishments. He entirely dedicates himself to his company’s success, the agencies under MTM, and the clients MTM serves. Orlov sees every day as an opportunity for growth, and he looks forward to MTM’s bright future.

With experience spanning 30 years, 40 countries, and 50 brands, Alexei Orlov has made life his business and business his life as a seasoned leader in Global Marketing. Alexei’s passionate and dynamic leadership has been a driving force throughout his career, a proven specialist in global brand strategy, marketing deployment, and operational change management.

Alexei Orlov is the Founder and Global CEO of MTM choice, a boutique network of skilled practitioners specializing in high-precision brand activation and media optimization. Bolstered by market-enabling technologies, mtm agencies seek to help brands excel at the “moments that matter” for their customers and consumers.