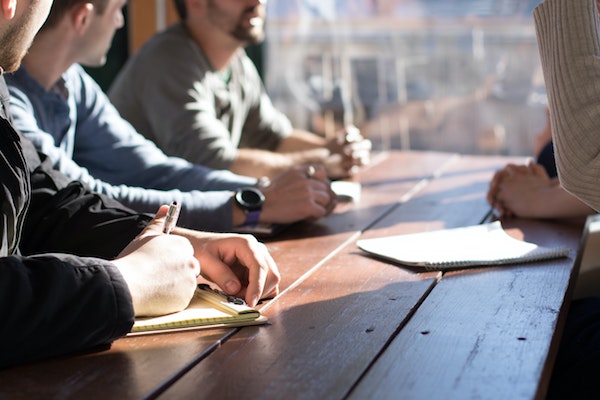 by Jeffrey A. Martinovich, author of “Just One More: The Wisdom of Bob Vukovich“

All humans operate in their own self-interest. Period.

Although this trait is nearly always portrayed as selfish, egoistic, and contrary to the common good, the truth is quite the opposite. One of the keys to great success in our world is to understand self-interest, use it to our advantage, and align self-interests to achieve personal and common good. Whether economic development, building nations, or spreading charity and kindness, self-interest lies at the fundamental root of people’s motivations and intentions.

If we can harness this truism and turn its massive power to productive means, we can change the world for good. Or as our friend Tony Robbins says, “Unleash the Power Within!”

Economics is not math, but feelings. Adam Smith famously penned in The Wealth of Nations, 1776, “It is not from the benevolence of the butcher, the brewer, or the baker that we expect our dinner, but from their regard to their own interest.”  Allowing, and encouraging, people to pursue their own interests creates a mutually beneficial society which supports forward progress for all.  Top-down driven organizations and governments, in-turn, destroy the amazing power and motivation of the individual.

If we want our businesses, our communities, or our families to achieve a productive common goal, we should simply implement the behavioral economics strategy of nudging. We don’t implement rules that restrict the consumption of sugary foods.  We place healthier alternatives at eye level in supermarkets. We don’t mandate that people support charities or build better housing. We create tax codes that incentivize this behavior. We don’t berate our sales staff to produce more. We design win-win compensation models that allow them to make more money from their success.

2. Implement self-interests even in non-profit and community organizations.

A few years ago, I had the honor of being selected President of the Board for our local Big Brothers Big Sisters charity. This organization was, unfortunately, running a large budget deficit and serving only a fraction of the community’s needs. I immediately took steps that ruffled many feathers by implementing capitalism and win-win contracts inside this 501(c)(3) organization.

First, I hired a professional fundraiser and paid them a straight commission instead of the traditional small salary. We quickly boosted the charity’s revenue over 300 percent by simply understanding and aligning team members’ self-interests.

Second, I hired a new executive director and created a salary-plus-bonus plan based on a specific program objective; recruiting more Bigs to enable more matches from the enormous waiting list of children. In short order, the number of matches quadrupled, erasing the entire waiting list.

Big Brothers Big Sisters was now on a roll. We had become a model charity for our community by simply applying principles of contracts and business relationships which allowed people to promote their own self-interests. As a bonus, their self-interests were directly in sync with a great cause for the kids and the community.

3. Ensure that everyone has oars in the water.

In the 1990s, our investment advisory firm was one of the early adopters for charging clients a management fee in place of traditional transaction commissions. This percentage fee, paid without regard to the number of transactions, took cost out of the equation and ensured that our clients and our financial advisors were all sitting on the same side of the table. A fiduciary relationship if you will.

If our clients made more money, so did our advisors. Everyone had oars in the water and now had to row in the same direction. Our clients came to understand that every recommendation presented was at least meant to be 100% congruent with the clients’ own self-interests. Trust blossomed and joint success flourished. Aligning self-interests, rowing together, is the key to achieving outsized results.

We should not be cynical and mistrusting of people’s motives, but rather more educated about human motivation so we are able to use this knowledge to our competitive advantage. We have to realize that everyone rationalizes their own behavior in an effort to convince themselves that they are good, honest people. Human nature demands that we settle this inner conflict between our id and ego in order to believe that we, ourselves, are good.

Therefore, if we finally quit worrying about people’s true intentions, and stop clouding the picture with motivation disguises, we can better understand relationships, business ventures, and human interaction. We can streamline corporations, charities, and economies by implementing uncomplicated systems which allow people to openly work for their own self-interests, all aligned for the greater good. This one is easy. 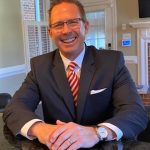 Jeffrey A. Martinovich is a First Gulf War Veteran, MBA, and CEO of JAM Accelerator, LLC, a business consulting and incubation firm. Previously, Jeff was Founder and CEO of MICG Investment Management, a billion-dollar wealth management firm. After the 2008 Financial Crisis, Jeff rejected three government plea offers, resulting in a 14-year prison sentence. Yet the Fourth Circuit Court of Appeals reversed twice, two U.S. District Court Judges were removed, and after nearly 7 years, he was released to home confinement in May 2020 to begin rebuilding his life. His book is “Just One More: The Wisdom of Bob Vukovich“.