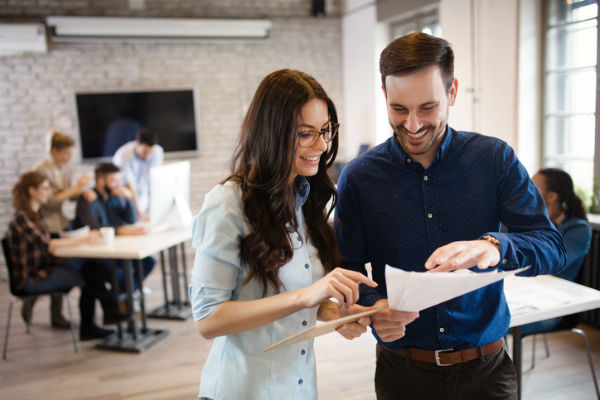 If you’re wondering what intrepreneurs do, this article has you covered. It seems like it’s related to entrepreneurship, but what does it actually entail? In fact, many of the core skills are related. With today’s constantly changing business landscape, particularly in technology, organizations require that individuals take up responsibility and initiative to solve problems on their own.

While you’re probably familiar with entrepreneurs already, intrepreneurship involves individual employees seeking and implementing new ideas for their organization. Because such a position involves an employee, there is much less risk for them to try something novel. Their performance isn’t directly tied to the company’s health, and anything they do that actually works is a bonus. This helps you stay ahead of the competitive curve without relying on few and far between ideas that really shake things up.

However, more important is what they actually do since their position isn’t their most valuable asset to a particular organization.

Most of the time, these individuals don’t have a particular bias towards the organization they work for. They are in a better position to see things for what they really are. If owners and executives can gather honest feedback from employees, they have a better chance of seeing problems before they become impossible to handle. An intrepreneur doesn’t have access to all the business metrics and financial numbers, leading to a qualitative rather than quantitative assessment of things. Sometimes numbers don’t show the full picture of what’s going on.

Since employees aren’t normally tied down to a single company, they can seek out advice and information from other companies. If their current employment isn’t their first, they likely have contacts in other places. This expands their overview of what’s really going on in different organizations. If executives only understand what’s in books, newspapers, and their own network, there are bound to be blind spots. Such oversight can lead to major problems that could be prevented by just knowing that they exist early on at a smaller level.

Since an intrepreneur doesn’t put much focus on the bottom line, they’re almost always focused on qualitative progress. If the owners and executives focus solely on stability, it’s likely the company will stagnate for too long and fade into irrelevance. Progress can develop in two ways; through completely new ideas and ancillary developments that add to current products and services. They are equally important if a company wants to stay relevant in the marketplace. With so much changing in today’s world, this aspect is essential.

The question of what does intrepreneurs do is easy enough to understand. Many people think that it takes an entrepreneur to innovate in the marketplace and shake things up. While that does happen, it doesn’t happen often enough. An intrepreneur can take that same skill set and do the same on a smaller scale. This allows for more frequent innovations, a requirement when so many aspects of the marketplace are changing every year.