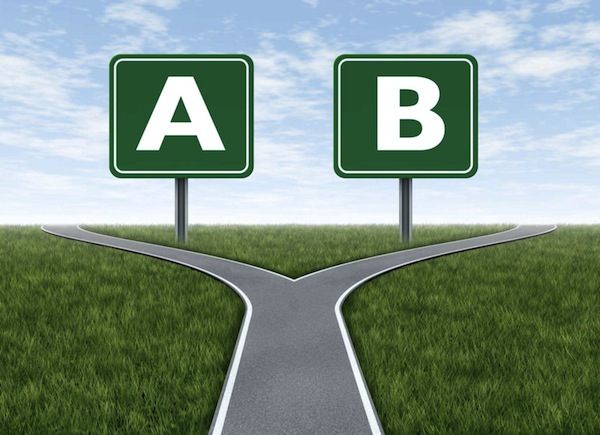 by Luke Heinecke, founder of Linear

You might compare A/B testing to fantasy football. Players are chosen based on their strengths and this is put to the test on game day.

A/B testing Facebook ads lets you see which set up is most cost-effective, gets more clicks and more conversions. You can’t know what images, copy, and calls to action perform best without letting it play out on the field and that’s exactly what A/B testing is all about.

A/B testing Facebook ads is a marketing experiment. While gaining insights about what ads perform best is very valuable for your long term Facebook ad strategy, the real incentive is improving ROI. The hope is that investing a chunk of money to split test Facebook Ads will ultimately reduce the cost per conversion and drive better overall results.

In this article, we’ll dissect Facebook A/B testing and teach you how to get the best value from your ad spend.

What is A/B Testing?

Facebook A/B testing is an advertising feature that allows you to compare different versions of an ad and see which one performs better.

First off, a campaign should have a single goal. This could be website traffic/conversions, lead generation, or even brand awareness. Having a well-defined purpose for your ads is fundamental.

Audience A + Audience B.

Next, you segment your audience into two groups. Intuitively, it seems best to select settings based upon assumed target demographics such as age and gender. However, some marketers prefer to leave this open-ended and allow the data to reveal which gender and which age group is most receptive to the ads. Of course, this doesn’t apply when you know that your product or service is only intended for a specific demographic.

Those who choose to leave demographics undefined may choose to focus on interests instead. It’s tempting to select any and all applicable interests, but the Facebook ads pros recommend you stick with one interest at a time. There’s no way of knowing which interest is working when they are all mixed up together.

Facebook provides a very detailed guide for marketers on how to set up ads for their business pages. As helpful as this is, it doesn’t take users by the hand through the process.

One of the best ways to learn marketing is to take note of what other professionals have figured out through trial and error.

What not to do:

Test too many things at once: It would be awesome if we could throw all our best techniques in there and do reverse engineering to parse what worked and what did not. Unfortunately, it doesn’t work that way. With A/B testing, conclusive findings come from isolating variables.

Drawing conclusions too quickly: Ending the test run too soon risks false positives. The longer you let it run and the more time you take with analyzing the data, the more insights you reap.

Don’t rush it. 24 hours is the bare minimum time for a standard test run, but the pros say to give it 48-72 hours.

Wrong testing setup: Each variable needs enough time to render accurate results. A well-structured and organized campaign test has the best chance of producing what you’re after – quality insights.

What elements you test is completely up to you. Below is a sample menu of testing attributes.

Audiences: Who do you want to see your ad and why? Remember if you aren’t sure what gender or age group is best, you can leave that undefined and determine those from the outcome data.

Ad types: Facebook made a point to offer variety with several ad templates. It ranges from a simple one image ad to enhanced canvas ads.

Images: Perhaps the most significant factor, this involves assigning a different photo to each ad. Not sure which image resonates the best with audiences? Split testing works like a poll as the audience votes with clicks and reactions.

Stock photos vs. custom illustrations: Images are photos, custom graphics, or a combination of each.

Images vs. videos: Video is all the rage these days, but is it what your audience responds to best?

Value proposition: Determine which key benefit is most enticing.

Headline: Know which headline gets the most attention.

Ad placement: Mobile users see newsfeed ads, but desktop users see both newsfeed and right column ads. Which device type do you expect your audience to be on?

Other bidding methods: Which metric is most appropriate to focus on for this run? (Cost-per-click, cost-per-mile, cost-per-acquisition, etc.)

Now that you know the elements, we’re on to the rules of execution.

1. Test One Variable At a Time.

Again, be minimal with variables.  A/B testing is like looking through a microscope – it focuses on one thing at a time. Narrowing down the variables as much as possible yields definitive results.

Based on your experience and knowledge to date, which creative element do you expect to have the greatest impact toward your campaign objectives? Which selling proposition would you cast in the starring role? Put your best foot forward – as they say.

Does this sound complicated? Thankfully there are A/B significance testing calculators available to help.

It isn’t football, but split-testing  ads on Facebook is a strategy game. We’ll recap the game plan:

The quality insights you gain from AB testing Facebook ads show you what ads perform the strongest and what will get you the best cost per acquisition (for conversions and clicks). 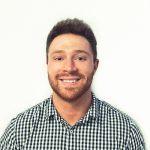 Luke Heinecke is the founder of Linear, a Utah-based PPC agency with an intense focus on conversion rate optimization. In the past 7 years, Luke and his team have helped hundreds of clients increase conversion rates, grow their business, and greatly improve their ROI. From creating high-quality ads to locating the right keywords that drive conversion-focused landing pages, Luke’s time at Linear has helped companies across the world reach the right customers at the right times. Connect with him on Twitter, LinkedIn, or get a free proposal.