by Roland Polzin, co-founder and CMO of Wing AI 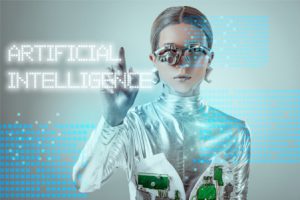 A world in which we can focus on self-fulfillment rather than necessity is possible through the endless capabilities artificial intelligence possesses.

Movies depicting futuristic robots with artificial intelligence (AI) taking over the world may not be as far fetched of an idea as previously believed. But will this technology take over our jobs? The short answer is “yes.” But before we jump to conclusions, let me first assure you that the integration of AI into our daily lives is an amazing thing to look forward to!

AI is currently limited to menial work, focusing on very specific areas. This means that principally, the algorithms are incapable of accomplishing significant variation within tasks. However, that doesn’t mean that AI hasn’t proven immensely useful: From helping banks figure out the creditworthiness of customers to producing human-like answers to chat inquiries, the applications are countless.

Unfortunately, we resort back to “old-fashioned” human labor when we need AI the most. If you’re suddenly hit with a complex research inquiry, require someone to monitor your email inbox or customer service chat, or need to reschedule a large event with many participants, AI takes a backseat.

Are these mundane tasks enjoyable? Do you relish in spending hours parsing through Google, sending out dull scheduling emails, or idly sitting in front of a chat? These tiresome tasks probably fill you with absolute dread (I certainly would rather be spending my precious time elsewhere). Now, wouldn’t it be a dream to instead engage in creative work, network with people, or delve into other areas that spark your interest?

This doesn’t have to be a dream. AI will make it a reality.

The development of AI.

If you’ve watched any sci-fi thriller movie, you’re probably familiar with the blockbuster storyline of robots gradually amassing a large sum of knowledge to seek revenge against humans and “take over the world.” Besides the “taking over the world” part, the “knowledge-building” robots displayed in these movies mirror how AI works in real life. With further refinement of technology, AI will become increasingly developed, assisting humans in progressively complex tasks. This refining process relies on a vast amount of data from which AI can learn – very much like how babies learn through observing their surroundings. This is why some businesses are already merging AI into their human workforce.

With such rapid development, there’s still one question in the back of everyone’s minds: Will AI do more harm than good? Will AI displace jobs and disrupt social stability? As mentioned before, the immense capabilities AI possesses are designed to enhance human lives, not take away from them.

Furthermore, studies reveal that the switch from manual labor to AI is inevitable. Therefore, instead of focusing on the negative implications of AI integration, it’s imperative to learn how to work with this invaluable resource effectively. Embracing the changes, AI is bound to bring into the workplace will lessen the “shock” when they happen. Preparing for this technological revolution instead of pushing it aside will allow us to prepare for a brighter, more productive future. So, be on the lookout for tools that can automate parts of your work and save you a lot of time and money!

An idealistic world would allow us to do whatever we want, leaving technology to take care of the rest. Imagine being released from the chains of necessity, allowing you to live a life of self-fulfillment. Challenges we face would then be limited to the decisions we choose, rather than being brought upon us by external obligations.

Going forward, any business’s success will increasingly rely on its ability to leverage AI’s capabilities – either directly or indirectly with technology company services. In doing so, businesses will thrive as executives and employees focus on core responsibilities rather than tedious tasks.

So, going back to those blockbuster robots “taking over the world” – if we work with AI instead of against it, we can take over the world together. 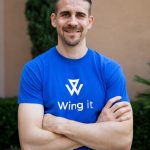 Roland Polzin is co-founder and the CMO of Wing AI, and a 2020 MBA of the Paul Merage School of Business at UC Irvine. Before his business career, he served as an officer in the German military for 12 years where he held several leadership positions such as Chief PR Officer for the German Army and Chief Communications Officer for the United Nations Peacekeeping Mission MINUSMA in Mali.