by Richard Counihan, CEO of DigniFi 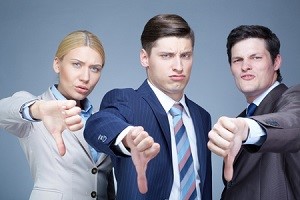 The toughest part of entrepreneurship is that almost nobody believes in your vision — at least not initially. Even people you love and respect are likely to disparage your startup ideas. Should you take those rejections seriously? Could your startup vision be as wrong as they claim?

Iconic entrepreneurs all seem to be stubborn D/SOBs who insist on sticking to their vision regardless of what their detractors say. Those founders probably weren’t born that way. Since entrepreneurs have no choice about facing rejection, they learn to fortify themselves against it.

Toward that end, I’d like to offer three reasons why your startup vision probably isn’t as terrible as everyone tells you. In fact, it might prove exceptional if you see it through.

You believe people in your industry are doing something in a backward, ineffective way. Those people might say your solution is unnecessary, extravagant or impossible.

Why? Because to avoid suffering cognitive dissonance, people who suffer from the status quo chronically bash proposals to change it. That is psychologically easier than admitting they’ve wasted time and money.

2. Just because you can’t execute or operationalize your idea, doesn’t mean it’s bad.

Many entrepreneurs fail and then blame their vision. Their implementation of that vision — and perhaps their lack of leadership skills — deserve far more credit.

The Google founders didn’t conclude that search engines were a terrible idea based on AltaVista and Ask Jeeves. Rather, they concluded that no company had executed a search engine well.

Before you scrap your idea, separate it from how you’ve executed. For example, is it really your vision’s fault that Version 1.0 crashed? Or, did you cut corners and rush a launch hoping to impress VCs at your next pitch competition? Maybe your vision is the problem, but, more than likely, it’s not.

3. Failure is a data point, not a reflection on your character, personality or idea.

Some of you might hate this article. Maybe you’ll tweet the link with a clever insult (please be sure to tag me if you do). That would not amount to a referendum on my character, personality or the ideas in this article. It would be one data point from an experiment (which, by the way, I thank you for participating in).

Why should your startup experiment be any different from my writing experiment? Entrepreneurs who overweigh the data against their vision and undervalue the data supporting it will struggle to stay the course. Rejections will grow into a self-excusing myth about how they had the wrong idea all along.

Don’t halt your vision based on a few data points from one shoddy experiment. The status quo has racked up a statistically significant amount of failures, which is why you and your team are challenging it.

With every project there will be people who do not understand the vision or dedication you have put forth. However, don’t let them extinguish your ideas.

Wouldn’t it be much better to discover that you have a fantastic startup vision but have been executing it poorly? That, dear readers, is cold comfort you can draw on when the rejections pile up. 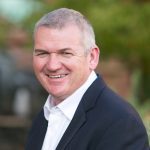 Few people know the automotive industry better than Richard Counihan, CEO of DigniFi, or prioritize customer and employee well-being higher. Before leading DigniFi’s charge to provide a better kind of car repair loan, he founded Enprecis, an online vehicle quality measurement company that now operates in 12 countries. He was also a senior executive at call-tracking leader Who’s Calling and an integral part of the team that successfully sold the company to private equity.

How To Find Success & Happiness As A New Entrepreneur

Rustam Gilfanov: “The Business Plan Of A Startup Is A Test Of The Idea’s Survival Potential”

A Startup’s Guide To Setting Up An Accounting System