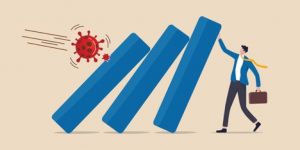 At this rate, a company listed on the S&P 500 today will only last 12 years. And today, the rate of global change is so rapid that even these four year-old estimations are optimistic. Very few elite companies can stay relevant for more than a decade.

Part of the reason is that technology has totally increased the velocity at which everything changes in the world. New groundbreaking advances occur every year and it’s incredibly hard for new companies to adapt to that technology. Those advances change consumer preferences literally overnight — and the demands of even massive enterprise clients change almost as rapidly.

Modern capitalism inherently makes it harder for companies to adapt to these changes the larger they get. As a company grows, corporate leaders must become fixated on the stock price, internal politics and compliance. The business necessities of being nimble, moving fast, breaking things, are totally misaligned with current corporate cultures that incentivize maintaining the status quo.

Of course, COVID-19 has exponentially accelerated the way things were going. As revolutions in AI, biotechnology and manufacturing converge with global political upheavals and environmental issues like global warming, the speed of change will accelerate even more.

I’ve been working with large retailers and fashion brands since 2006, and I recognized almost immediately that this industry would get disrupted sooner than later. Just out of college, I moved to China to seek my fortune as an entrepreneur, starting a consulting business where we helped large retailers and fashion brands manage their manufacturing infrastructure in China.

I acquired my first large-company clients right before the financial crisis in 2008. Even before the financial crisis, I was dismayed at the slow pace, amount of bureaucracy and general level of apathy I found in them. They were bogged down by several-hundred-page compliance documents written in the eighties, they needed lawyers who took weeks to make small changes to contracts and they had timid executives that would sideline interesting projects with corporate politics.

Small is the new big.

During the financial crisis, our large clients remained frozen in their inability to make quick decisions that would have softened the blow. I remember suggesting one client use less expensive material to cater to an American market that was plunging into a deep recession and couldn’t afford a premium product — and being told that styles and production had already been planned out a year in advance. I then suggested that they work with factories in the interior of China to reduce those costs, but again their compliance teams took too long to approve these new factories for it to help.

At the same time, there was a flood of small businesses contacting us for our manufacturing services. It was an event that coincided with three important cultural movements: first, the great recession put a lot of people out of work who then became interested in starting small businesses. Shopify, Amazon and other platforms were enabling them to easily sell online. And social media gave them all the ability to market their products in non-traditional ways.

Unfortunately, we couldn’t help most of those customers because they were too small and manufacturing as we knew it was set up to only support large corporations. But I saw that there was a clear and emerging trend: technology was helping small businesses compete with large corporations. Eventually, they could totally disrupt these traditional organizations because they could outmaneuver them. The winners would be the large technology platforms that aggregated and empowered these entrepreneurs —  the losers would be the big, slow-moving brands.

I reasoned that if there were opportunities to democratize the front-ends of last-mile shipping (Amazon), store creation (Amazon & Shopify), payments (Square, PayPal) and media/marketing (Google & Facebook), there was an opportunity to democratize the back end of manufacturing and supply chain. But no company was owning this market.

This was the birth of TheStudio.com, a company I founded and which would later raise a Series A, then launch a new product called SuppliedShop.com. I built TheStudio.com around the idea of democratizing custom manufacturing for all SMBs, allowing a one-person company to design and manufacture products even if they could only spend a few hundred dollars on manufacturing. Similarly, SuppliedShop.com allowed small retailers — lone-person, part-time and stay-at-home-mom operations — to buy products directly from factories risk-free, even if they could only invest a few hundred dollars on inventory.

At some point, our Series A investor wanted to see if we could sell our TheStudio.com service to larger companies. Against my best instincts, I obliged them and started talking to large corporate clients — it was reminiscent of the early days of my business. I quickly remembered why I hated working with them. Endless meetings and presentations, just to get another meeting and presentation where nobody made decisions.

One interaction epitomized the lethargy of large corporations: a meeting with a ten-billion dollar plus fashion conglomerate that many of you might recognize. I met with the president of the men’s group (a billion-dollar business by itself), the group’s CTO and some of their support team. The president was totally dismissive of our technology and manufacturing solution. The “CTO” clearly had a weak engineering background and little understanding of modern technology’s impact on the supply chain. At the end of the meeting, they told me to send them a proposal. I told them “great! I’ll send you the proposal this weekend.”

The president’s response? “Don’t do that. I’ll be hanging out by the pool all weekend.” I thought to myself, amazing! Public records showed this guy’s compensation was several million dollars a year, and in front of his entire team he declared that he would be too busy to look over a proposal. Even if he wasn’t interested in what we were doing, it was shocking that he would declare his laziness in front of his entire team.

I later saw this executive at a tradeshow several months later. I stopped him and said we never got feedback from him on our proposal. He arrogantly and impatiently said “we aren’t really interested in technology at our brand. We are more focused on design.”

Since I had that conversation, their stock value has depreciated by 99%.

The end of corporate arrogance.

COVID-19 has accelerated the self-destruction of arrogant companies and executives like this one. They spent their time making millions of dollars in compensation by the swimming pool, accumulating mountains of debt, buying back their stocks, putting their heads in the sand ignoring technologies and trends … and complaining how unfair it is that Amazon is kicking their ass. Personally, I find this complaining disgusting. They’ve ruined their employees’ chances to accelerate their careers, destroyed lives through layoffs, gone bankrupt and haven’t paid vendors, destroyed shareholder value, left Americans holding the bag of their cheap debt and have corrupted American capitalism — all while deploying golden parachutes. In 2020, we’ve already seen the destruction of retailers such as Pier 1 Imports, Papyrus, True Religion, just to name a few with much more to come. See who’s suffering as a result — it’s not the execs.

I’m convinced that in the years to come, Amazon and Walmart will be where you buy basic, boring commodities. The future of retail belongs to small, mostly female-owned businesses that create value for their customer by deeply understanding them and being able to change with the times. I’m excited that TheStudio.com and SuppliedShop.com are supporting this new generation of driven, scrappy upstarts.

The dinosaurs? They might not see the end of the decade. 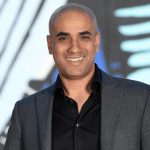 Joseph Heller is the CEO & Founder of The/Studio Technologies, which operates TheStudio.com and SuppliedShop.com. Joseph founded The/Studio based on his experience of living in China and working in the consumer products manufacturing sector. The/Studio is a Silicon Valley venture backed startup that is focused on democratizing manufacturing and supply chain for SMBs. TheStudio.com makes it easy for companies to make custom manufactured products and SuppliedShop.com helps small retail stores buy inventory directly from factories.