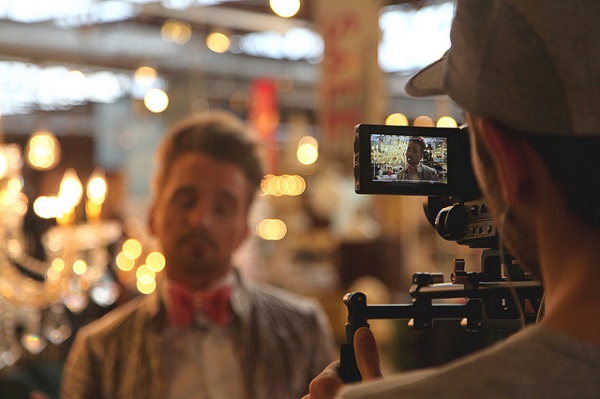 We live in a brave new era for content creation.

From artists crowdfunding their living, to young entrepreneurs making entire careers out of their YouTube channels and Instagram accounts, the demand for online content is out there and people are willing to pay.

With that in mind here are three ways that content creators are utilising their online following to turn their talents into businesses and careers.

Crowdfunding has really taken off in the last decade or so. Similar to a virtual busker’s hat, sites like Kickstarter and GoFundMe have launched some really inspirational projects.

But when it comes to sustainable crowdfunding, many artists are turning to Patreon. The site’s subscription process encourages contributors to commit to a monthly donation, in return for access to different levels of reward determined by the creator.

There are more than 100,000 creators on Patreon, and it’s not just unknown creatives trying to get their work off the ground. There are some pretty big names using the site.

These include current events commentator Philip DeFranco, who produces his own topical news show on Youtube, musician Amanda Palmer, who has controversially (but successfully) been crowdfunding her career for around the last ten years, and John and Hank Green, who use the site to produce their educational YouTube channel Crash Course.

They’re called ‘influencers’ for a reason – for many fans online, these people have the ultimate say when it comes to cool.

Venture into the comments section of any Instagram star’s latest posts, and you’ll find a slew of requests for links to buy every part of their outfit, right down to their eye makeup.

So it’s no surprise that brands are clamouring to have their products shown off by the right people on the right channels.

This happens across all social media channels, but YouTubers are often influencers most likely to receive benefit from sponsorships. Its not uncommon to see a video begin with the influencer in question promoting the brand that’s sponsoring them, or even to base a whole video around their sponsor’s product.

This has become something of a saviour for many YouTuber creators in particular since the site has become more selective about which types of content are eligible for monetisation.

This is a little different to the Patreon-style model, as subscriptions are service-based rather than rewards based.

Almost everyone has at least one kind of subscription – usually at least a Netflix, Spotify or Amazon Prime.

But GinX Esports TV has a subscription model that looks a little different. The world’s first TV gaming channel, their mission is to bring esports into the mainstream – many people enjoy video games, but how many of those appreciate the digital art of esports?

Their business model exists for the sheer love of gaming, and their content includes programming such as Let’s Plays and Best Of celebrations of their favourite games.

As you’d imagine, they also provide coverage of major esports events for games like League of Legends, Call of Duty, CSGO and Fortnite.

We hope you’ve enjoyed this insight into the business side of content creation!