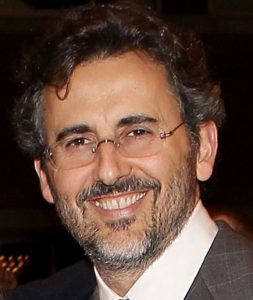 There’s no other way to say it: David Mimran has an impressive CV. To the disinterested observer with no prior knowledge of Mimran’s activities, in fact, it might resemble two or three CVs strung together, minus the additional individuals.

And, yet, Mimran persists. The serial entrepreneur and many-hat-wearing executive is nowhere near retirement age, and despite his considerable success, he shows no signs of slowing down.

Mimran credits his work ethic and team-building skills for his success, but of course there’s more to the story. We were fortunate enough to catch up with him and ask what he’s up to now, what his near-term plans include, and what he’d tell mere mortals eager to learn from the best.

One of your companies, Mimran Natural Resources, is making a big bet on the future of African agriculture. Explain how.

For the most part, African farmers currently import fertilizer at great cost, putting them at a competitive disadvantage to farmers in Latin America and Asia. And, because Africa has vast nitrogen, phosphate, and potash deposits, this cost is unnecessary. MNR aims to close Africa’s fertilizer deficit and empower the continent’s farmers to expand production into the 80% of arable land not currently under cultivation there. The future of the world’s food supply may depend on their efforts, and ours.

You’re involved in another big project in West Africa. Tell us about that.

I lead Miminvest, a mining interest involved in a joint venture with [Canada-based] Teranga Gold Corporation. In the coming five years, we aim to become the largest gold producer in West Africa, whose gold resources — we believe —have tremendous upside potential. We’ll soon have five mines operating in Ivory Coast and Burkina Faso.

You’re also involved in the film industry. How did someone with your background get into producing?

My production company, Mimran Schur Pictures, grew out of my lifelong love for a good story. I’ll admit I didn’t know much about the industry before co-founding Mimran Schur, but I’ve learned a lot and loved every minute of it.

Your production company, while exciting, remains an underdog. How does that motivate you?

We’re hungrier than the majors. We’ve put together nine films that we can stand behind and aim to produce eight more by 2025. As in any business, quality sells — so we’re confident we’re on the cusp of breaking out.

How do you inspire your teams to perform?

I believe in the transformative power of belief. If you want something to happen badly enough, you can almost always will it into existence, assuming it’s physically possible. I approach team-building in the same way, although I can only take credit for creating the conditions for success; my teams do the hard work.

What’s your secret to success — if you have one?

Listen, work hard, follow your instincts, and remember that most problems have more than one solution. If you’re convinced that you’re on the right path, don’t let others tell you otherwise. A wise person once said: “You can’t fail unless you quit.”

You’ve achieved immense success, but surely the road hasn’t been perfectly smooth. Tell us about a time you failed and what you learned from the experience.

I continue to regret ceding control of an activist fund that I co-founded. I was the fund’s principal seed investor, so it was only natural that I’d retain decision-making control — except that’s not what happened.

After I allowed my partner to take full control of the decision-making process, essentially relegating myself to an advisory role, he seemed to lose sight of his limitations. Maybe he never knew them. In any case, he thought he could do everything, and the fund suffered dearly as a result. We peaked at $2 billion, despite major early investments from Calstrs and Calpers and projections that had us on the path to $10 billion. Ultimately, the fund ran into the ground. I walked away with a stinging, real life example of the danger of failing to trust your team.

In the industries where you have expertise, what’s one trend or opportunity that really excites you?

I see vast potential in undersea mining, specifically the production of iron and manganese from polymetallic nodules in the upper layers of seabed sediment. Due to their location above the seafloor bedroom, harvesting them is not a major technical challenge, although there are obvious challenges involved in underwater extraction. Those challenges may be worthwhile, as global reserves may exceed 500 billion tons.

When you look to the future, what gives you hope?

I’m very excited about the environmental consciousness of my children’s generation. It’s cliche, but they are the future of our planet, and they appear to take their responsibility very seriously. While industry is already changing its behavior as a direct result, I’ve always believed that individuals have more collective power than profit-motivated companies. It’s great to see younger people stepping up and raising issues that haven’t gotten as much attention as they should.

What Lord Of The Rings And Batman Can Teach Us About...