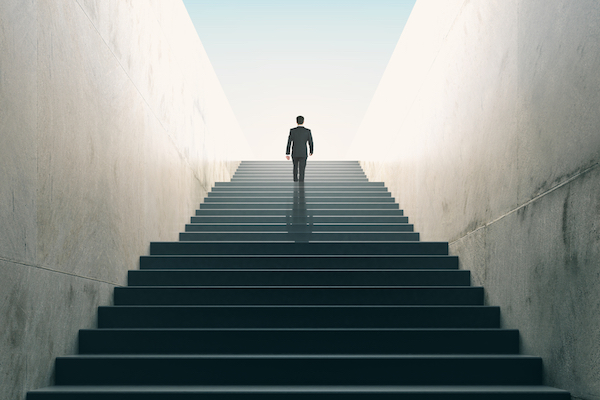 by Shawn Burcham, founder and CEO of PFSbrands and author of “Keeping Score With GRITT™: Straight Talk Strategies For Success“

In business, it’s the major leaps that people notice and remember.

Apple introduced the iPhone and the methods in which we communicate and gather information were changed forever. LEGO took some audacious steps over the last couple of decades and expanded its toy franchise into video games, TV and movies.

But not every move you make with your business or in your personal life needs to be of earth-shattering significance. Sometimes, it’s the small steps that eventually lead to big rewards.

One example with my own company is that there was a time when I didn’t believe in meetings.I thought they were a waste of time, probably because most of the meetings I had been in had indeed been a waste.

But as my business grew, I realized meetings are a necessity for communicating within a large organization. So, PFSbrands took the “small step” of instituting regularly scheduled meetings, which have been critical to accomplishing personal, departmental, and company-wide goals.

Here are a few more examples of small steps that can pay big dividends for you and your business:

Make a habit of setting goals.

It may seem like a basic thing, but setting goals is crucial to success both personally and professionally. Everyone in your company should be setting goals, and regularly reviewing those goals and checking their progress. Sounds easy enough, but this is one small step that many people don’t take. That’s why just the act of setting goals already gives you a competitive advantage.

Write down those goals.

Setting goals is a good first step, but don’t just memorize them. Write them down because studies have shown that people who do that are more likely to achieve what they are after than people without written goals.

One of the best ways to make sure you follow through on your goals is to create a network of people who will hold you accountable. If no one knows you set a goal, it’s easy to let it slide. But if there are people who know about your goal, and better yet are depending on you to accomplish it, then you are more likely to follow through. In a business, it’s good for everyone to know everyone else’s goals and every department’s goals. That way you can all hold each other accountable.

Stop trying to do everything.

I suggest asking yourself what duties you can pass on to others because those activities are not a productive use of time and energy for you or for the company. I’ve often made the mistake of hanging onto responsibilities far longer than necessary; everything from accounting, to email management, to sales management. As a company grows, that small step of finding things you can stop doing will be crucial to success.

While each of these individually may be a small step, they are all important for personal growth and your business’ success. If you don’t set goals, write them down, and work to improve, you’ll likely be the exact same person 12 months from now. There’s nothing necessarily wrong with that. Being who you are is okay, but the question is: Are you content with being the same? Or do you want to be better? 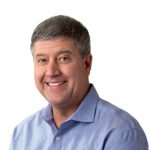 Shawn Burcham, author of “Keeping Score With GRITT™: Straight Talk Strategies For Success” is the founder & CEO of PFSbrands, which he and his wife, Julie, started out of their home in 1998. The company has over 1,500 branded foodservice locations across 40 states and is best known for their Champs Chicken franchise brand which was started in 1999. Prior to starting PFSbrands, Burcham spent five years with a Fortune 100 company, Mid-America Dairymen (now Dairy Farmers of America).

What Peeling An Orange Can Teach Us About Designing New Products