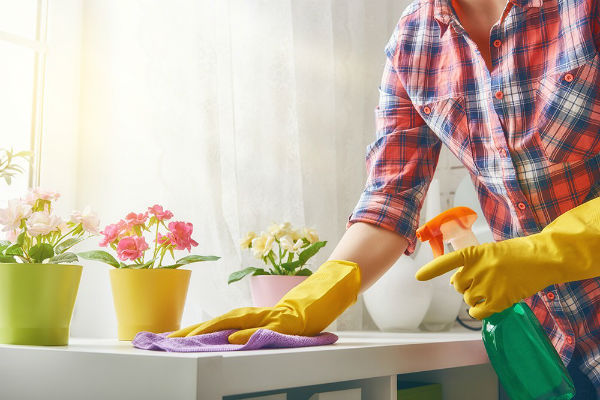 Found some mould in your workplace? Getting rid of it could be a top priority. Not only is mould unsightly – it can also be a health hazard. Mould spores can cause respiratory problems if breathed in over a significant period of time, including serious conditions such as legionnaires. Such a workplace danger could even get you into legal trouble if no attempts are made to fix the problem.

So that you can make your workplace a safe environment, here are several ways in which you can fight mould and stop future outbreaks.

Fix up any leaks.

Mould is often caused by damp, usually as a result of a leak. By fixing this leak, you can prevent further damp from forming and therefore prevent future mould.

The leak could be rainwater seeping in through the roof. If your workplace is situated in an older building with an original roof, there could be recurring damage and a full roof replacement could be needed. A bitumen roof could be a worthwhile option as it is cheap, waterproof and low maintenance. Alternatively, you may only need to make minor repairs if it’s a modern roof.

A leak could also be caused by a damaged interior water pipe. In this case, a plumber will be required to fix the broken pipe.

Determining the source isn’t always easy. A mould removal specialist may be worth hiring to help find the source of the damp so that you can then look into roof repair or plumbing repair if needed.

Rising damp is caused by water rising up from the earth. It usually creates damp patches on ground floor walls (if you’re mainly getting mould at the bottom of your workplace’s walls, it’s likely rising damp).

A lack of ventilation can also be enough to cause mould. Condensation just from breathing may build up on walls and cause mould. By opening windows regularly, you may be able to prevent this.

Fitting extractor fans could be another option for rooms containing few windows. You could also consider buying a dehumidifier.

Get the mould removed by a professional.

You may be able to tackle small growths of mould yourself, but for larger outbreaks it is worth hiring professionals to get rid of it. You certainly shouldn’t allow employees to get rid of mould.