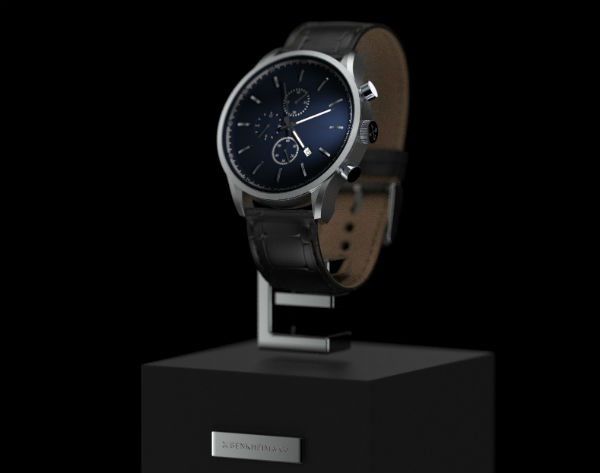 The pace of change in consumer behaviour has never been higher than in the last couple of years. While large corporations are struggling with the digital transformation, small agile firms emerge every day and challenge traditional retailers.

Although Amazon is certainly the most dominant player within this field, there are smaller firms which can offer attractive services to consumers and push traditional and slow adjusting retailers out of the market.

Why are there so many digital commerce companies which can challenge large traditional retailers and even force them into bankruptcy?

The founders of Benkheim&Co, an online brand which seeks to change the traditional luxury watch concept, explains how motivated entrepreneurs benefit from globalisation, efficient fulfilment services and new technologies.

One of the cofounders explains how he witnessed first-hand while working at a bank that a lot of traditional retailers were in trouble as internet retailers ate away their margins. They had difficulties paying back their loans and even when they wanted to close their stores, they could not get out of their real estate lease agreements which they signed for multiple years. Banks were already taking a close look at rising internet retailers and saw them as a promising new potential client group. When his boss asked him to map and monitor all fast-growing E-Commerce companies in the Netherlands, he saw how fast these companies were growing, with some of them quadrupling their revenues year after year.

After his time at the bank he used his experience to start his own brand. What helped him was his passion for the product and an excellent business partner. The first question that arouse was how they were going to start with only very limited funds. One concept was to cut down on inventory warehouses and send the products directly to the customers. This way they could mitigate inventory risk and costs at the same time. However, it would have taken too long for the customers to receive their product.

The solution was crowdfunding. Convince enough people to support your project and start the business. Even if you already have sufficient funding, the founders still recommend launching a campaign before investing your own hard-earned savings in a project. The campaign serves not only as a mean to raise capital, but also as a strong market validation and as an excellent sales channel.

However, the two founders urge to have all media, distribution channels and marketing materials (website, webstore, Instagram etc.) finalized before the crowdfunding campaign. A look at popular crowdfunding platforms such as Indiegogo or Kickstarter shows that the vast majority of campaigns unfortunately fail due to an unprofessional look. Is the online store still under construction? Have only three pictures been uploaded to Instagram? Is there only very limited visual content? All these are factors that many founders underestimate, especially in terms of time.

Above all, the visual content can be a thorn in the side of many crowdfunding enthusiasts. On the one hand, every founder is aware that pictures will be the decisive selling point, while on the other hand, this material is unfortunately also the hardest to produce. Has the supplier still not sent the latest model with the latest changes? Are the competitor’s pictures still way better? Is it just impossible to find a good background for that one picture? Since many entrepreneurs are not hobby photographers, those questions often lead to panic right before launching the campaign. The two founders spent two full months doing nothing but producing image and video material. The commercial video for example, can be seen here.

New technologies such as chatbots and virtual reality are trends with which young entrepreneurs grew up with. For them it is easier to implement these technologies in a creative way and challenge traditional retail companies who are not innovating. The real competition within the retail landscape is online and companies which lack understanding of new technologies and of the digital commerce landscape are highly threatened by these developments.

The rise of digital commerce and technological developments have severely lowered the barriers of entry to the retail industry. The founders explain how at the end, the combination of passion and hard work are what it takes to set up a business like Benkheim&Co.

After two years of dedication, countless days and after-work nights, the founders are proud to finally introduce the first Benkheim Claudel – a German engineered luxury time piece with exclusive design.

Click on this link and receive one of the first 100 limited edition Benkheim watches with a 50% retail price discount by backing their campaign.